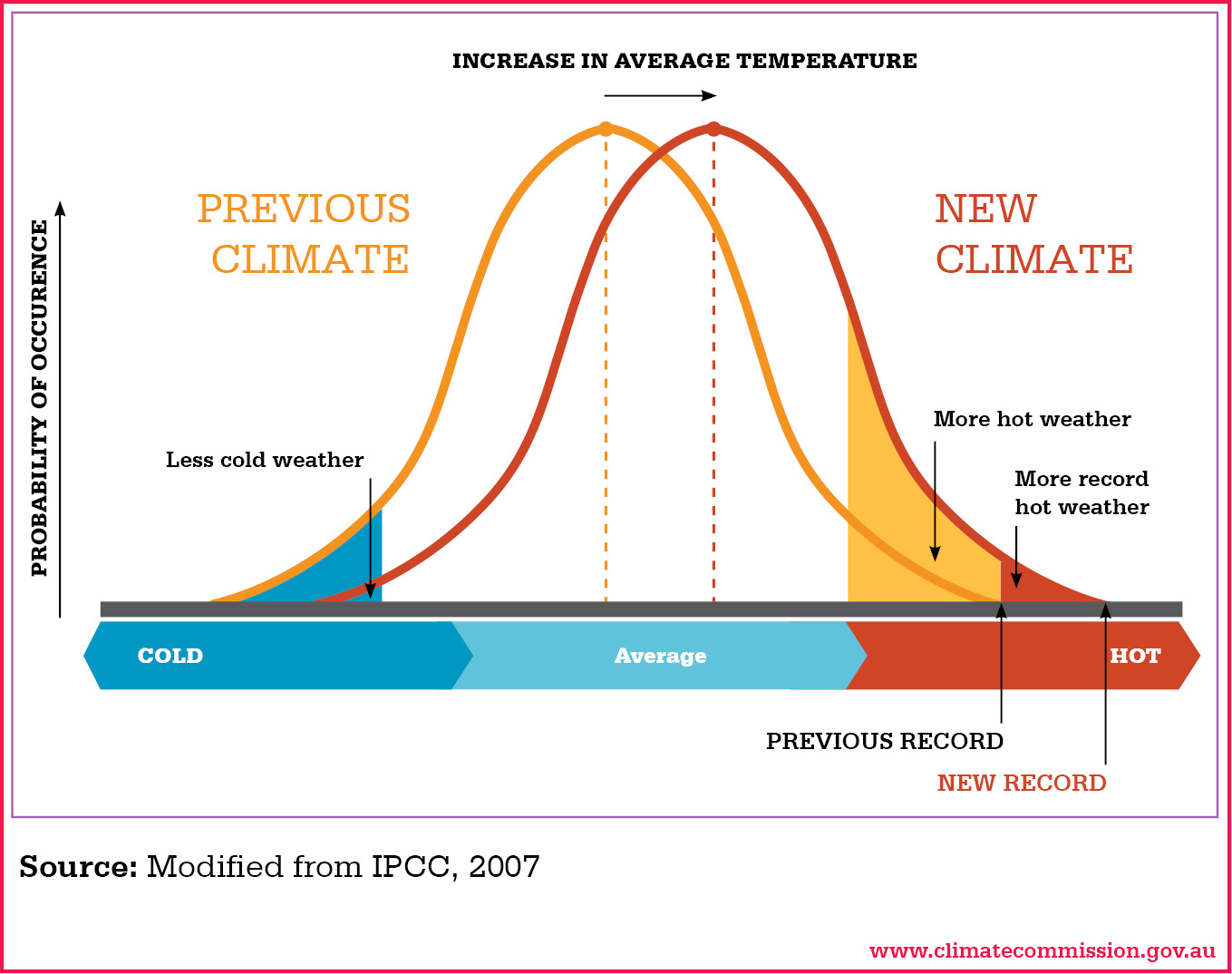 In the first chapter of his new book Atmosphere of Hope: searching for solutions to the climate crisis Tim Flannery spends some time examining extreme weather events. He noted that:  “The contemporary world is changing fast; few changes have been as profound or disturbing as the increases in extreme weather right across the planet…When in late 2013, Australian Prime Minister Tony Abbott and environment minister Greg Hunt argued that there was no link between the warming trend and extreme bushfires, they were arguing not only against science, but also contrary to common sense” and “the link between extreme weather and climate change is a critical area for public understanding because it is the devastating extremes, rather than a shift in averages, that have the greatest impact.”

Flannery cites the example of the 374 “excess deaths” that occurred in the heatwave leading up to Black Saturday 2009 – excess deaths caused by an extreme event influenced by climate change. On the Australian Open Tennis tournament he wrote: “that it is Melbourne’s moment in the sun… during the 2014 Open, a heatwave of unprecedented ferocity struck Melbourne… [and] the stadium built to host the event turned into a furnace. Finally the health risks to both players and spectators became too much, and the multi-million dollar tournament was suspended. Australia’s growing heatwave crises rarely make global news, but the suspension of the Australian Open made page one in newspapers around the world”.

Flannery uses a diagram of a normal or bell curve (see above) to illustrate how a small shift in the average temperatures means a substantial increase in extreme weather. The reality may be even worse than the diagram depicts for if the curve becomes a little flatter then the increase in extreme events (including the odd cold one) will be greater.

This is the most important book on climate change from an Australian perspective to be released in a long time. Flannery remains a beacon of light in an otherwise dull Aussie political panorama. I had originally hoped to be able use the library copy for a review of this book for my blog but since I have yet to pass the first chapter it is obviously a required purchase for my reference collection – and for later blogs. https://www.textpublishing.com.au/books/atmosphere-of-hope