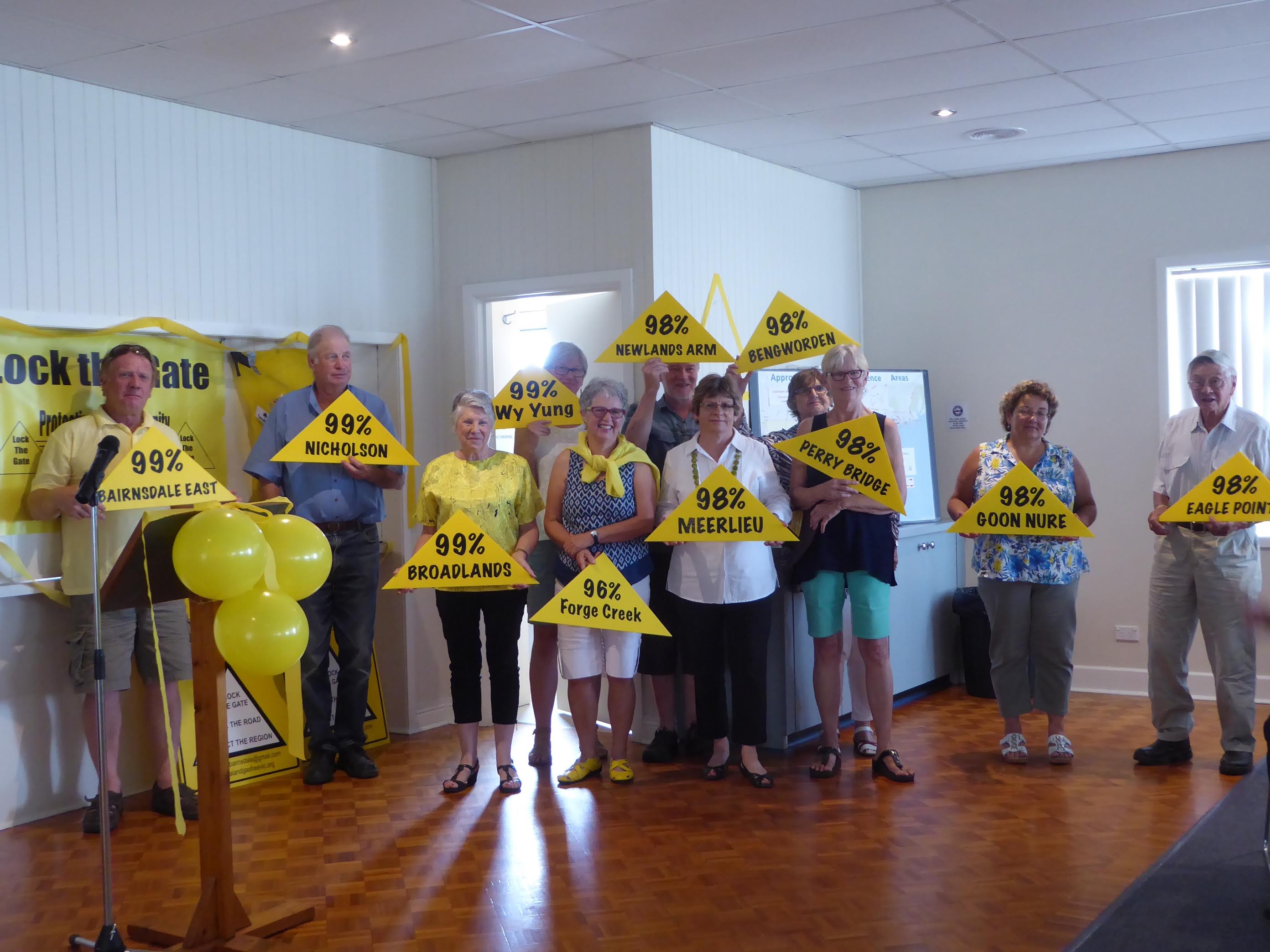 On Saturday 13th February, 2 more local districts, Forge Creek and Wy Yung were declared “gasfield free” to make a total of 11 communities in the Bairnsdale area and 72 communities across Victoria that have overwhelmingly said “NO” to onshore unconventional gas mining. This follows a door knocking survey where landholders who have an exploration mining licence over their land were asked whether they wanted gasfields on it.

“Nearly 900 landholders have been surveyed and 98% of them said they didn’t want onshore fracking for gas on their land,” Ms Debbie Carruthers, Gasfield Free Bairnsdale Coordinator said. “The event on Saturday was to celebrate all of these results.” Surveying has been completed in the districts: of Bengworden, Broadlands, Eagle Point, East Bairnsdale, Forge Creek, Goon Nure, Meerlieu, Newlands Arm, Nicholson, Perry Bridge and Wy Yung.

The first speaker of the day was Gerard Deery, a fourth generation grazier from one of the declare districts. Gerard was also invited to speak at the rally on the steps of Parliament last week as the only farmer representative. Gerard asked these questions of the large audience in attendance and received an emphatic “No” response to each one:

“To help achieve a total ban on onshore fracking, now is the time to write to the Premier Daniel Andrews as a decision is going to be made shortly on the future of this industry in Victoria,” Ms Carruthers said. For more Information: Debbie Carruthers: email: gasfieldfreebairnsdale@gmail.com or 0448 809 798