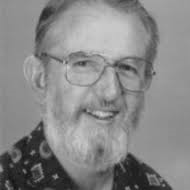 Excerpts from a Letter from Barrie Pittock commenting on my blog

Re the future climatic change in the Gippsland region, it is complicated. What is pretty sure is that it is getting warmer on average and this will if anything accelerate. Also that sea-level rise is happening and will probably accelerate, affecting many coastal areas including estuaries and the Gippsland Lakes. Also that warmer climate means the potential for more extreme high rainfall events. What is far less clear, and complicated, is what will happen to average seasonal rainfall in the region.

The East Australian Current is extending further South, and this will bring more East Coast Lows which will come further south and could give more heavy rainfall events in at least East Gippsland, especially in the warmer half of the year. So flood rains in summer are possible. This may be made worse by tropical rain belts heading from NW Australia off the Indian Ocean across Australia to the SE corner. These rain belts have been happening quite a bit lately, with heavy rain in the SE highlands, possible leading to flooding down-stream.

But in winter, the rainfall from the lows in the westerlies will mainly fall further South, as the belt of mid-latitude westerlies gradually move pole-wards, some of that I “predicted” decades ago, but not the stuff from the Indian Ocean. But I am no longer the authority on all this. See the joint BOM and CSIRO reports on the web for more authoritative recent work.

I am touched that you refer to my 2005 book in the Mark Lynas article, and in general I agree with your comments. Nuclear power is at least as yet uneconomic and would leave a long legacy of pollution, as well as a risk of feeding nuclear weapons proliferation – not that that is not happening anyway. “Limited nuclear war” is a growing possibility and could have global consequences. And renewables with energy storage are getting cheaper rapidly.