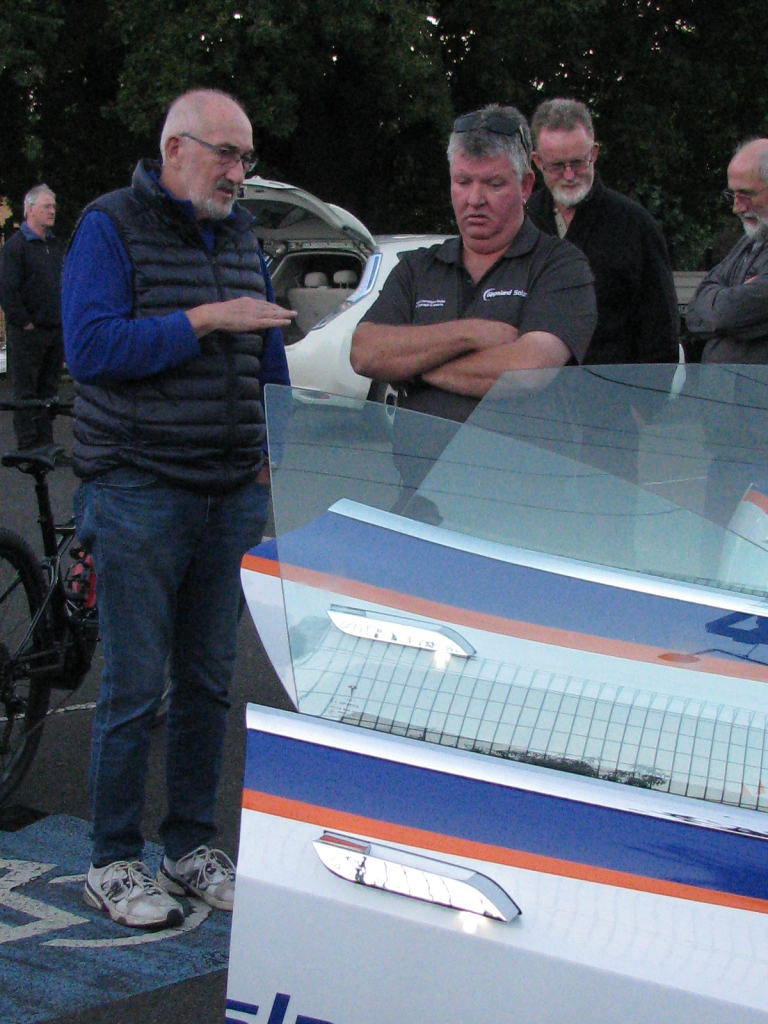 Republished with permission from the BBSN blog

Over 50 people enjoyed a detailed briefing on the present and future of electric vehicles in Warragul recently. Baw Baw Sustainability Network presented the evening at Warragul RSL and featured vehicles ranging from electric bicycles and motorcycles to the high end BMW and Tesla cars, with presentations from the Alternative Technology Association (ATA) and Gippsland Solar.

Electric vehicles presented a number of advantages with lower fuel costs, much lower maintenance, lower emissions of all sorts and smooth and quiet handling. In many cases electric vehicles now outperformed combustion powered vehicles. Battery life, cost and charging at home and on road had improved markedly in recent times, but different systems used in different vehicles remains a limitation for public charging stations.

Range had been improved with Tesla S achieving 370 – 500 Ks on one charge, depending on driving conditions and style. Paul Paton from the ATA explained that he had ridden to the talk on his Vectrix motorcycle from Ringwood to Warragul and it would cost him about 90 cents. He added that the full range of vehicle types were now being produced in electric version, even trucks, which often use hydrogen fuel cells.

“With no gears, clutch, exhaust, or radiator and a brushless motor there is almost nothing to wear out, except maybe some bearings. Range is over 250 kilometres and torque is nearly double the equivalent combustion engine. Unlike combustion engine vehicles, electric vehicles have better range in city driving because almost no fuel is used when stationary” said Mr Paton.

Shane Clayton from Gippsland Solar outlined the details of their Tesla S which runs electric motors on front and rear axles giving four wheel drive without drive train limitations, resulting in a very sporty performance. “It included hands free driving, which I must confess I find still a bit disturbing” he said.

“It is our standard business car, and is used continually with no problems. We decided to install a Tesla charging station at our Traralgon site, which can charge from empty to full in less than 45 minutes, while guests have a free coffee! The cost of the power was so low, especially as they have substantial solar panels on their site, that they have offered the service for free. Home charging on off peak rates would cost $15. Our future garages will include solar arrays, inverter, batteries and car charging facilities as standard Mr Clayton explained.