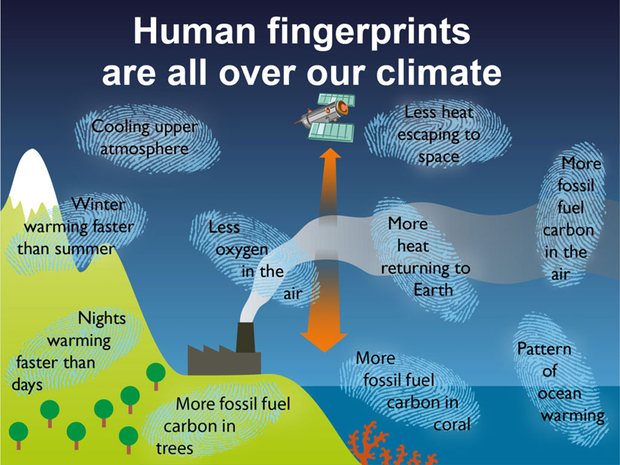 We can all agree that there are basic physical facts around us from the shape of the earth and gravity, through to the function of the organs of our bodies.  This knowledge is the product of centuries of thought and the study of thousands of individuals. Sometimes public opinion lags a long way behind accepting certain knowledge. Despite centuries of theorising by philosophers and astronomers the shape of the planet was not definitely proven until sailors circumnavigated the earth. History is riddled with similar examples both small and large. The health and wealth of our society is based on this knowledge built up over time, from the TV you watch to the mobile phone in my hand.

Herein lies the problem with climate change science. Climate is about weather over long periods of time and over large areas. We all have an opinion on the weather and our bias is conditioned by the weather we have experienced in our lives. It is anecdotal evidence and in many cases wrong. Climate science is one of the most complex areas of study we can conceive of and yet we all have an opinion on this.

We can simplify the basic physics. In 1827 Joseph Fourier calculated that the earth should be 30 degrees colder than it actually was and hypothesised that there was something in the atmosphere that kept the planet warm. He had discovered the greenhouse effect. The hypothesis is thus – if we increase greenhouse gases the earth’s temperature will rise and vice versa. Since the start of the industrial revolution we have increased the greenhouse gases in the atmosphere by more than a third. The earth’s temperature has risen and been measured at more than one degree. There can be no doubt about this.

In the meantime powerful wealthy vested interests including a large part of the media, (who, like the general populous are scientifically illiterate) play on our personal preferences, fears and opinions with their propaganda. These vested interests are obvious in Australia – owners and producers of fossil fuels and the Murdoch media. They cast doubt, dispute the science and dispute the evidence.

How then do you counter this? In any newspaper article or TV show, any pronouncement by a politician, that does not accept the basic physics should at least be ignored or make you angry. This response should be applied to personal action – how and where you get information from, who and what to trust. It should also be applied in politics, personally in discussion with friends and family and on a wider scale to how and who you vote for at all levels of government. The worst case scenarios of climate science are truly horrendous and in the end threaten life on earth as we know it. Whatever one’s personal beliefs and politics, science eventually triumphs.