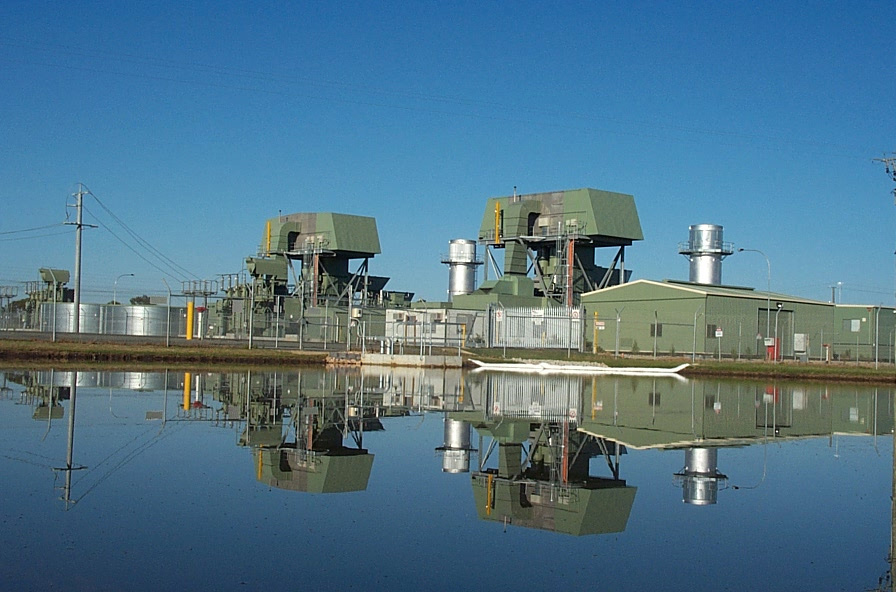 Following an Antarctic research expedition in 2001 I returned to Australia and took up a job to help build and operate the Bairnsdale Power Station (BPS). I became the Manager in 2002 and left that role in 2016 to become self-employed.   Not many people know (even local community) that Bairnsdale has its own power station. Due to the noise enclosures, the gas turbines are usually pretty quiet & with advanced control technologies you can barely see the heat shimmer from the exhaust stacks. It was also a pretty clean place to work which was nice.

The station has 2 x 45MW gas turbines that can generate about 90MW in winter & about 70MW in the heat of summer. The air is denser in winter hence the better output. 90MW equates to roughly 90,000 toasters all on at the same time. The local Bairnsdale area typically uses about 1/3 of its capacity, the rest gets exported down the line.

The primary function of BPS is to support the local AusNet services distribution grid for voltage support. Its secondary function is its fast start response to increased energy demand on the National Energy Market.

In 2001 BPS generation was usually 2 hrs per day on a single turbine. In recent years that number has at least trebled & without much population or industrial growth in the local area, but I have noticed how big the new houses are & how many appliances are inside them these days.

Retiring older coal fired generators aside my curiosity is exploring alternate energy management during extreme weather events in summer & winter. I like the idea of using less energy during these periods and building less generation to cope with the situation. One of the reasons for high energy prices is that expensive generation occurs during very hot and cold conditions.

Usually when demand outweighs supply the distributor load sheds a whole area & all our power goes out for a bit. I was wondering what the community response would be if it could be performed in a less dramatic way but without increased power generation.

It would cost a bit to implement initially but what if using smart technology our domestic switchboards were split into vital and non-vital supplies & via the smart meters they could be controlled remotely by the distributer. I’m not going to list every household electrical item but say for example the fridge / freezer & a few lights are on the vital circuit but the TV, dishwasher, air conditioner, & computer was on non-vital.  During an event our non-vital systems get turned off temporarily.

An event might only last 30-60 minutes but instead of us all blacking out it could be a little less dramatic than building more power stations or battery banks the size of sea containers. It’s just a thought.