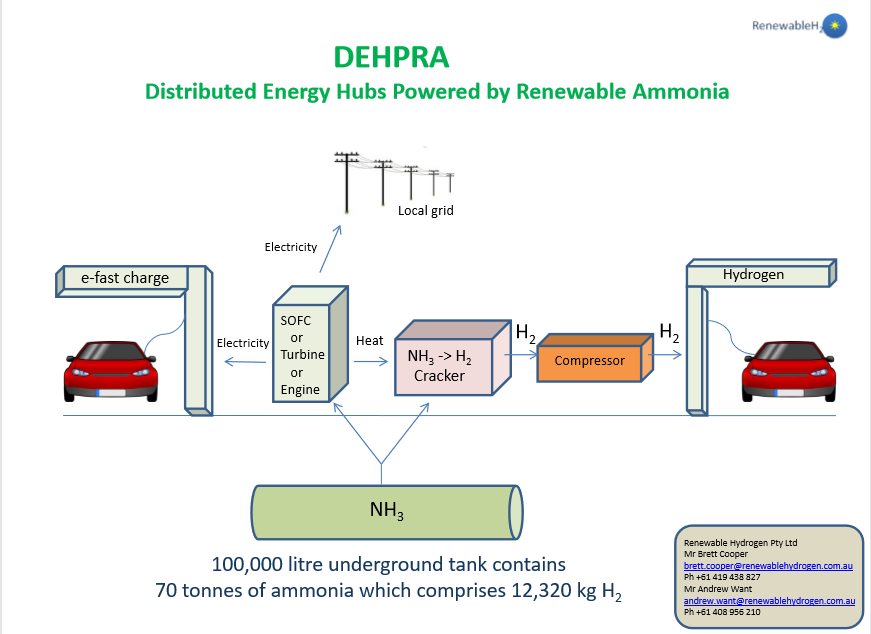 A recent post on twitter and facebook of an article on renewable energy and hydrogen received some attention and it was suggested that the manufacture of hydrogen for export could be done in Gippsland. The idea being to use abundant renewable energy to split water into its component hydrogen and oxygen and use the hydrogen as a carbon neutral pollution free fuel. Hydrogen can then be converted to ammonia as a means of exporting or safely storing energy.

The production of hydrogen and conversion to ammonia using renewable energy has long been advocated by retired CSIRO scientist Barrie Pittock. His original plan was for this to be employed in suitable areas of outback Australia utilising cheap energy from the sun to produce hydrogen from water and convert the hydrogen to ammonia using nitrogen from the air.

When recently asked about the applicability of this to our region Barrie noted: “The possibilities for Gippsland would be tidal or wind power to generate electricity to connect with the grid via the Latrobe valley, or again to generate hydrogen from water and combine with air nitrogen to give ammonia which could be sent by tanker or pipeline to markets and used in vehicles. It would also be great in future to power airplanes, which are becoming one of the biggest and growing sources of CO2 pollution. Electric cars are of course another great opportunity to reduce pollution, but not for ammonia (unless ammonia is used to regenerate electricity at electric refueling stations).”

There has been some recent publicity of another option – producing hydrogen from brown coal. The article admits that the process cannot work without carbon capture and storage and, as has been pointed out in the blog below, is a waste of time and scarce resources. The CarbonNet seismic survey currently being carried out off Golden Beach appears to be directly related to this proposal. As has been pointed out on numerous occasions there is no such thing as ‘clean coal’. By all means develop the hydrogen and ammonia options but do so with renewable energy using other abundant resources – water and air.