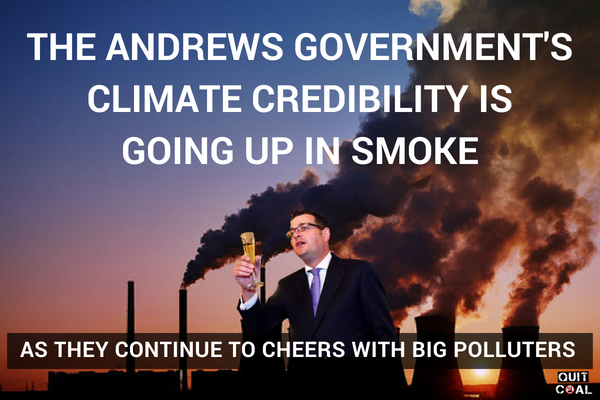 The Victorian Labor government’s extension of life to Latrobe Valley brown coal generators, along with other recent counterproductive measures, shows they do not understand climate change, the threat of the climate emergency or the inevitable solar revolution. Their other recent retrograde steps include coal to hydrogen, Carbon Capture and Storage drilling, the purchase of the Heyfield Timber Mill and continuing logging as usual and the decision to release oil and gas exploration licences off the south west coast. I have written endlessly about the need for rapid change from our current high intensity carbon economy to a low intensity one. Unfortunately for Labor their latest plans are unnecessary and will come unstuck anyway.

This is because the solar revolution is already upon us. Professor Andrew Blakers of ANU in evidence to a NSW Parliamentary Select Committee on Electricity Supply Demand and Prices  stated the case clearly. He said “The key point that I would like to get across is that the game is up— wind and solar photovoltaics [PV] have won the race. It is a lay-down misere. The number one new generation technology being installed around the world is solar PV, number two is wind, and coal is a distant third. This year, roughly 200 gigawatts of PV and wind new generation capacity will go in around the world, while only 50 gigawatts of coal will go in. That is a difference factor of four between PV and wind and coal. In Australia, virtually all new generation capacity is PV and wind. The reason for this is that PV and wind are decisively cheaper than coal, even when one adds the additional costs to stabilise a variable renewable energy supply, such as storage, primarily in the forms of batteries and pumped hydro; stronger interconnection; and some spillage of wind and PV. That is the basic message I have. If you want cheap electricity you push renewables as hard as you can.”

Labor, at least in western Victoria, is doing very well on this aspect alone. But they do not seem to understand the conflict or the contradictions involved with their piecemeal climate policies. The development of renewables in the west of Victoria will eventually displace jobs in the east. Also because of economics alone coal will be replaced by renewable energy, storage and High Voltage Direct Current connections very rapidly. As Blakers points out coal has lost and the solar revolution, or whatever you want to call it, is a ‘lay down misere”.

What then is the point of these measures when they will not occur? Economics alone dictates that it is most unlikely that any brown coal generators will be operating beyond 2030. Even that may be too generous. When combined with the increasing number and intensity of weather disasters of the ‘climate emergency’, the political ‘penny’ will eventually drop and the pollies will begin implementing real options for the low carbon economy.  Unfortunately Labor has done insufficient to boost renewables and employment in the valley and Gippsland, which has always been the best option in a ‘just transition’. More unfortunately still, the LNP opposition policies, or lack of them, are far worse.