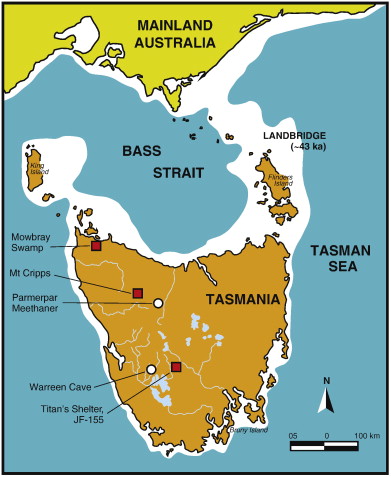 Following the end of the last ice age the Bass Strait sea level rose on average a metre every 100 years for 12,000 years. As pointed out in my last blog (below) this was a natural change proceeding over time spans difficult for humans to conceive. This warming of our planet also enabled the development of farming and the growth of civilisations. But on the other hand even though this change was natural the average sea level rise over this time was still one metre per 100 years and in some centuries a lot more.

United Kingdom researchers noted that “Global sea level rose by a total of more than 120 metres as the vast ice sheets of the last Ice Age melted back. This melt-back lasted from about 19,000 to about 6,000 years ago, meaning that the average rate of sea-level rise was roughly 1 metre per century” and “Southampton researchers have estimated that sea-level rose by an average of about 1 metre per century at the end of the last Ice Age, interrupted by rapid ‘jumps’ during which it rose by up to 2.5 metres per century.”

The question arises that if sea level with natural warming still rose at this rate what will be the result of the forced human caused warming of the Anthropocene? Other sources have pointed out that when greenhouse gas concentrations were last as high as they are now – 3 million years ago – sea levels were 20 to 25 metres higher.  This illustrates the conservativism of a recent Victorian Government publication Victoria’s Coast: preparing for the future.  I will do a brief review of this report in my next blog.

Without going into too many criticisms this publication comes up with two sea level rise predictions for the Victorian coast – from 8-20cm by 2030 and 20-59cm by 2070. These predictions imply about 3 doublings of the rate of rise over 40 years or approximately doubling every 15 years from current levels. This would give us a sea level rise of 80-240cm by the year 2100. The top figure being surprisingly close to those ‘rapid jumps’ measured from earth’s past. This is while local and government planners are still using a sea level rise prediction for Gippsland of 80cm made in 2008.

Another point that must be stressed is that sea level rise is not happening in isolation and that there are many other deleterious effects of a warming planet. With the warming we will have the predicted heatwaves, bushfires, droughts, floods along with a number of other possibly harmful ‘unknown’ affects. The sea level rise, when accompanied by storm surges, increased wave heights and heavy rains will cause inundation and probably massive coastal erosion. The little known Bruun’s Rule or law suggests that the latter may be substantial even with minimal sea level rise.

When all or most of the above combine with a peak tide then downtown Lakes Entrance will go under. As the years pass this will happen with increasing frequency until the town is continually flooded and downtown lakes buildings becoming islands with the breakers pounding the north shore of North Arm. Whether this happens in 100 years or 500 we do not know. But whilst planners are still using the bottom end projection for 2100 the cumulative evidence seems to suggest that sea level rise may be far worse than they currently anticipate.