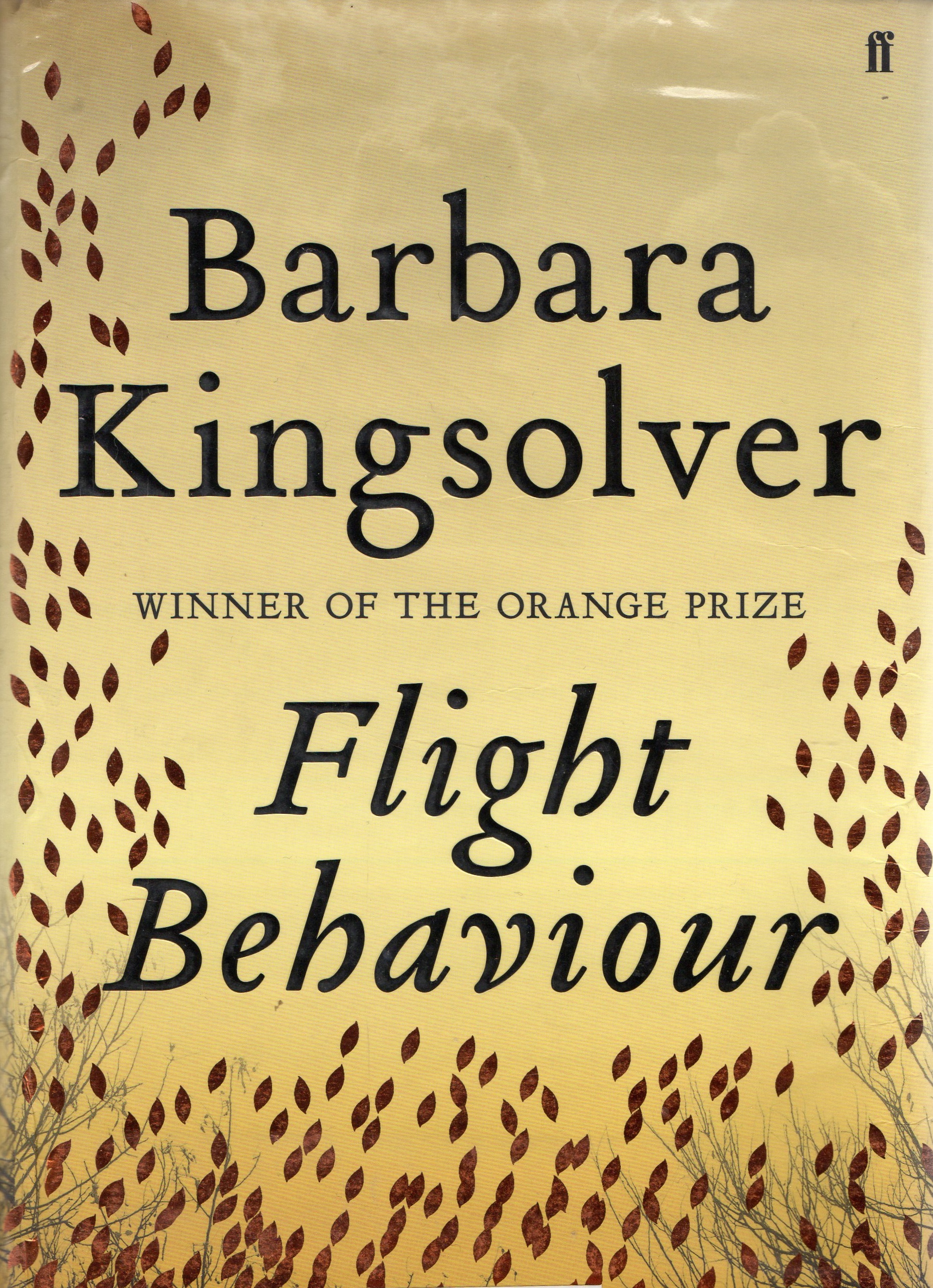 Barbara Kingsolver’s Flight Behaviour* (faber and faber, 2012) is another Cli-Fi novel I have recently read. Set in the southern Appalachians the central character Dellarobia is an uneducated, restless, churchgoing, small farmer’s wife. She discovers an abnormal winter roosting of Monarch Butterflies on the family’s forested land which quickly becomes a community and media sensation.

All the while the weather is acting strangely with continuous unseasonal rains and warmth.  Eventually Dr. Ovid Byron, the Monarch Butterfly scientist comes to the farm and sets up a laboratory to study them. Even so climate change is not mentioned until about halfway through the novel when Ovid states: “We are seeing a bizarre alteration of a previously stable pattern,” he said finally. “A continental system breaking down. Most likely, this is due to climate change.” (p.228)

Much of what follows has Dellarobia on a steep learning curve on science and climate change. Worried about the survival of the butterfly she is told: “That is a concern of conscience,” he said. “Not of biology. Science doesn’t tell us what we should do. It only tells us what is.”’ (p.320) and “There are always more questions. Science as a process is never complete. It is not a foot race, with a finish line. He warned her about this, as a standard point of contention. People will always be waiting at a particular finish line: journalists with their cameras, impatient crowds eager to call the race, astounded to see the scientists approach, pass the mark, and keep running. It’s a common misunderstanding.” (p.351)

Even Black Saturday gets a mention when Ovid is describing some of the devastating effects of climate change: “Walls of flame, Dellarobia. Travelling the land like freight trains, fed by dead trees and desiccated soil. In Victoria hundreds of people burned to death in one month, so many their prime minister called it hell on earth. This has not happened before. There is no evacuation plan.” (p.278)

Throughout the book the author highlights two of the major problems associated with climate change – persuading, educating a skeptical, uninformed or misinformed citizenry and misreporting by the media.  The TV journo asked: “Dr. Byron, let’s talk about global warming. Scientists of course are in disagreement whether this is happening, and whether humans have a role.” Ovid’s eyebrows lifted in a familiar way, almost amused. “I’m afraid you have missed the boat, Tina. Even the most recalcitrant climate scientists agree now, the place is heating up. Pretty much every one of the lot. Unless some other outcome is written on the subject line of his paycheck.” (p.366)

Like science the novel is open ended, with Dellarobia struggling through flooding paddocks of her farm watching the bright coloured reflections of the butterflies in the water – “a merging world of flame and flood.”