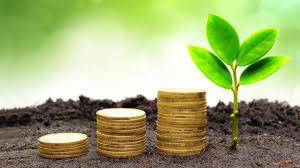 The Victorian government recently had an issue of ‘green bonds’ for $300 million which was quickly oversubscribed. The ABC reported: “Green bonds worth $300 million that will fund environmentally-friendly projects in Victoria have been issued by the State Government, in what the Treasurer says is an Australian-first. The bonds, which were snapped up by investors within a day of their release, are expected to finance and refinance government investment in energy efficiency, renewables, public transport and water treatment projects across the state…Bonds involve lending money to a government or company, with a promise it will be repaid at an agreed interest rate over a period of time. The green bonds were issued for a five-year period, with a yield of 1.79 per cent.”

I assume many Gippslanders have savings invested in banks or superannuation funds. The trouble with this is your money could be supporting the Adani coal mine development in Queensland or assisting the suburban housing sprawl in Melbourne. On the other hand your savings may be invested ethically but you have little control over where they are invested – perhaps in China or Timbuktoo. The Victorian Green Bonds are a giant step in the right direction in that the funds are invested both ethically and locally.

Is the next step is to have Gippsland local councils issue bonds of this sort? My preference is for Renewable Energy bonds used to finance renewable and energy efficiency projects as these may hasten a just transition from coal to renewable energy in the Latrobe Valley. Currently our electricity payments end up with three multinationals and most of the profits from their operations are remitted overseas. However opportunities abound to invest locally in renewable energy and energy efficiency, to have the profits remain locally, and to boost local employment. The obvious one is to cover north facing roofs of buildings with as many solar panels as possible especially buildings whose operations are mainly daytime such as the library in Bairnsdale. Another is heat pump manufacture in Morwell. What is needed is a finance vehicle and organising body for these projects.

Shire Councils are a possible answer but they would probably have to arrange such bonds, or similar methods of finance, with a local bank. The use of the investment should be transparent, the bonds should be government guaranteed and offer ordinary interest rates, with the investment to occur only within their boundaries. Unlike the Victorian offer the bonds should be open to anyone – not just institutional investors. What is to stop the Shire of East Gippsland, or any other community body for that matter, coming to an binding agreement with a group of citizens willing to finance any one or more local projects? And if bonds are not the answer perhaps there is some other simple way Gippslanders can finance local renewable energy projects.