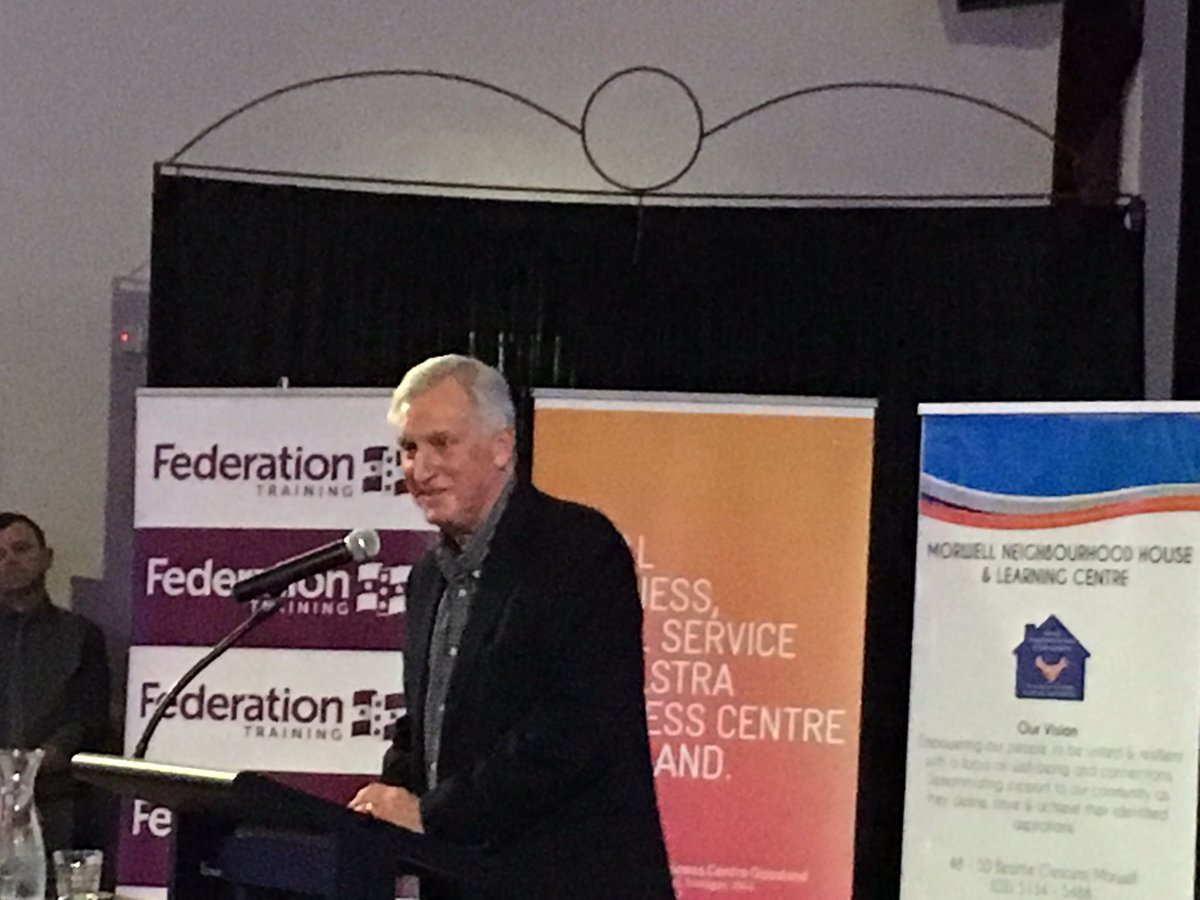 On Friday 29th July, Traralgon hosted Dr John Hewson offering his insights on the future economic opportunities for Latrobe Valley given “climate change is real.” Trouble was, it was his sales pitch on his own business venture that manipulates the transition conversation under the guise of renewable energy whilst pretending to be a saviour to the world’s global warming problems. As a past leader of the Federal Liberal Party his performance was polished but his story was disturbing and deceiving.

Peter Gardner has recently reported about our Victorian Government issuing green bonds from our billions in superannuation for the purpose of reducing our emissions to effect change. But Hewson talked about that program expanding Australia wide. He wants access to that money to sell his project to investors with LV transition his target, except the deception was quickly revealed as Hewson stated: “the best way to phase out coal is to refine coal and export it.” His whole team was there, lawyer, accountant and chemical engineer all ready for that all-important community meeting the next day to conveniently tick the box of community consultation for Hewson’s mission to stitch up the Latrobe Valley for decades to come.

Of course Hewson’s ‘refined’ coal plan was short on detail but with a quick google search on the night all was revealed.  The video states ‘mined’ raw coal is stripped of all the abrasive mineral content (the nasties), but retains the volatiles (oils) then the fine powder can be used to fuel engines in two ways mixed 50:50 with water or with air. They scrub the coal with hydrofluoric acid over two cycles, one to remove the silica and the other to remove any residual mineral matter and reagent. Conveniently, it is not mentioned that this is one of the world’s most dangerous working chemicals and the Latrobe Valley would be swimming in it. What is most intriguing of all, according to Hewson and the video, this technology has been tested and proved in pilot studies by the US since the late 70’s, again in the 80’s and 90’s yet no one has picked it up as a viable option and developed it over the next 30 years. We ask WHY?

So, as with all these new coal technologies you only hear about the technique and end result, not the full life cycle. The complications with ongoing aquifer depletion to maintain the stability of the mine wall batter, the considerations to planning as it comes a point where the holes can only get so big before town boundaries, gas, water and sewerage pipes can no longer cope with worsening land subsidence let alone how to rehabilitate these gaping holes into the future. Hewson can manipulate the green bonds through reduction in greenhouse gas emissions, air pollution and creating saleable by-products through the refining process so in a political environment short on common-sense and forethought, we should be worried.