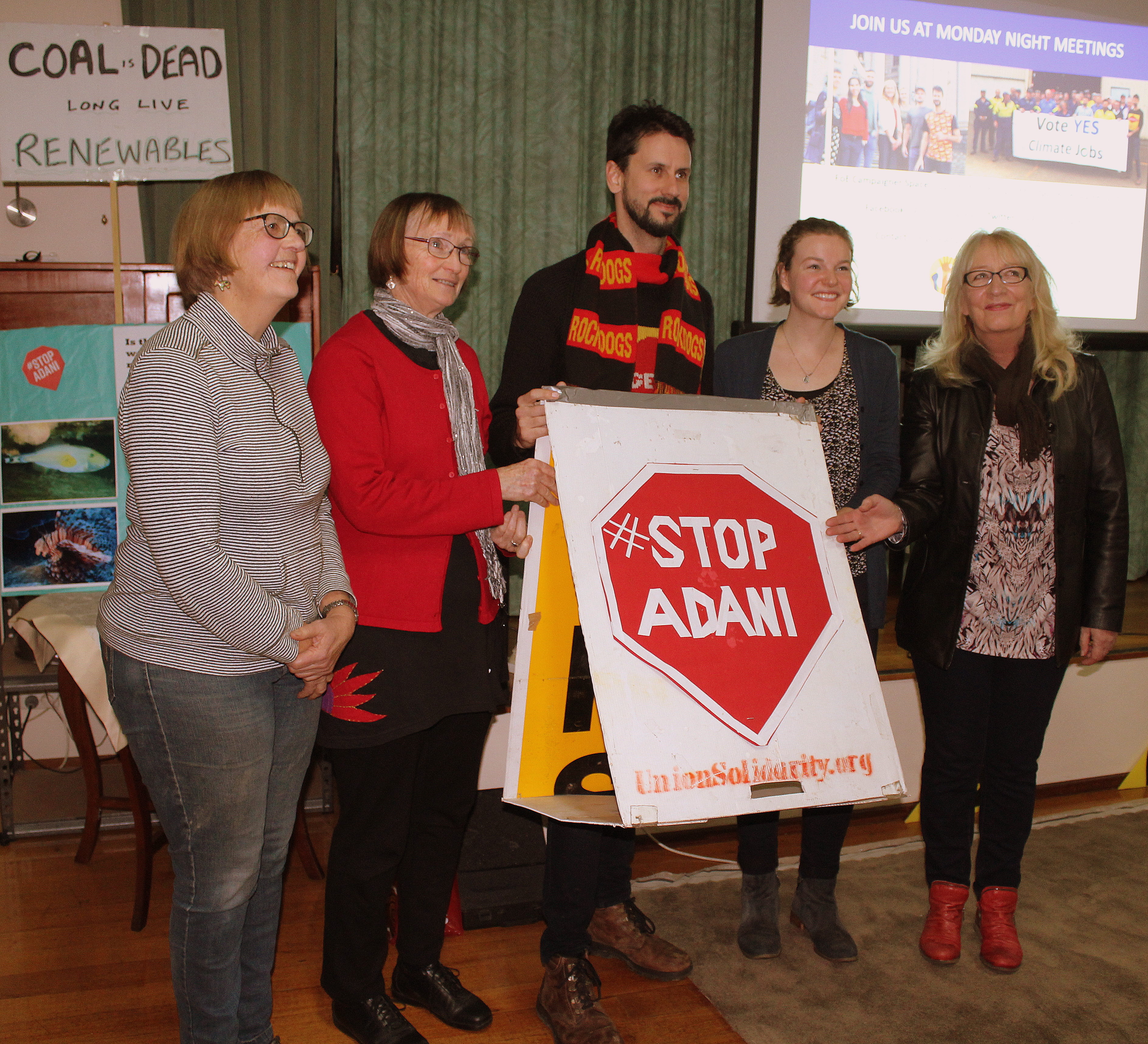 Growing opposition in the Mirboo North district to the proposed Adani Carmichael coal mine was shown when a screening of Guarding the Galilee attracted over 45 people, despite the threat not being in their own backyard. This region can identify strongly with the affected Queenslanders as the threat of coal mining and unconventional gas (fracking) has recently been averted after a solid community campaign. Many felt the upset that their Queensland counterparts are going through.

Coal and CSG Free Mirboo North hosted the screening – a harrowing insight into the struggles Queenslanders are facing in their fight to preserve their way of life, water, environment, tourism and farming industries. Farmers have raised concerns over groundwater impacts, and local communities are worried about the Adani project’s environmental impacts on the local region and the Great Barrier Reef World Heritage Area. If built, Adani’s Carmichael coal mine-rail-port project will add 4.6 billion tonnes of Greenhouse pollution, right at a time when emissions need to be urgently cut. It will also open up one of the largest untapped coal reserves on Earth.

Dr. Marg Lynn, Chair of Mirboo North and District Community Bank, had this to say, “The documentary provided a frightening insight into the devastation that mining will wreak in the 600 square kilometres of the Galilee Basin, destroying farming livelihoods, with dubious economic benefit to the region. Unlikely tax paid to the nation, all coal intended for India, despite that Government’s decision to wind back thermal coal imports, whilst doubling the carbon emissions of the whole of Australia” and “The Adani saga is incomprehensible in its logic, and brings shame to the Federal and Queensland Governments and the Commonwealth Bank which is still considering funding it.”

In her presentation Aileen Vening a retired English and Geography teacher, explained the processes that are driving climate change at a global scale, and discussed how some of these have contributed to severe weather events across Australia, and to ongoing changes along our coastline. Stephanie McKelvie, a trainee doctor, spoke about the effects of climate change on respiratory, cardiovascular, and infectious diseases. She also addressed the impact of the changing climate on the social determinants of health and the ways in which an unstable environment threatens wellbeing.

Coordinator for Act on Climate, Leigh Ewbank, travelled from Melbourne to explain how communities can take action on the issues that affect their wellbeing in terms of climate change, transitioning to renewable energy and opposing the fossil fuel industry. In the past 3 weeks, the Mirboo North district has sent over 100 letters to Commonwealth Bank head office, calling on the bank to refuse loans to Adani. People have undertaken to contact State and Federal Ministers and meet with Commonwealth Bank managers to highlight their serious concerns regarding the Carmichael project.