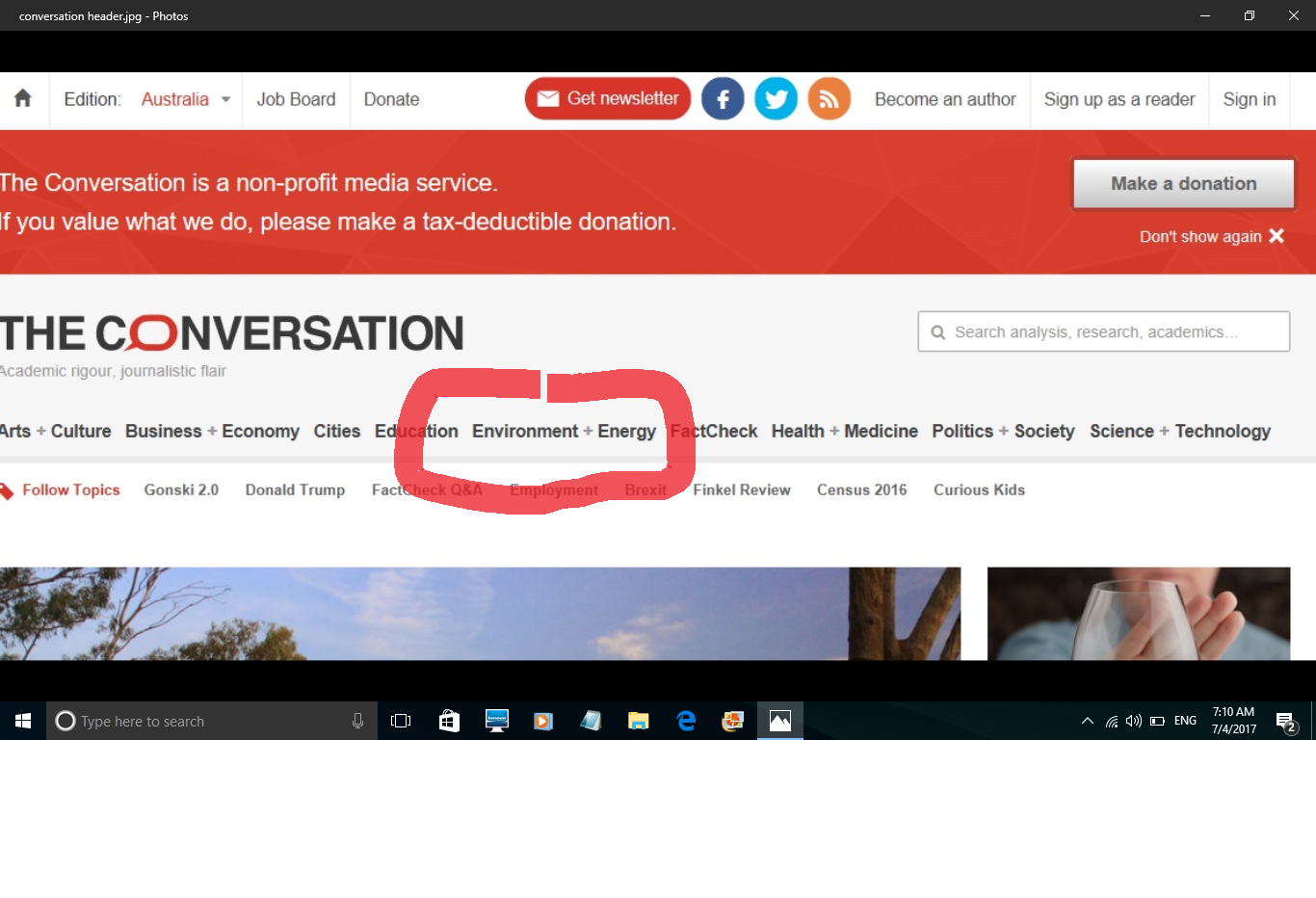 Nothing annoys me more at the moment than the current treatment of climate change by the media. I am not referring to the denialist diatribes that regularly emanate from the Melbourne Peoples Daily or, worse still, the Australian. Theirs is a combination of some of the worst aspects of journalism – propaganda based on ignorance and approaching criminal negligence.

However the liberal media – amenable to the challenges of science – seem to have two major faults in their treatment of global warming. These faults are based on the misconception that climate change is just an environmental problem. Whilst it clearly is an environmental one it is also, more importantly, an existential one. By the latter term I mean that life as we know it, and even human existence itself, is threatened by climate change. It should not be confused with the French philosophy of Sartre and Camus concerned with individual freedom and free will.

The treatment of climate change as an environmental issue only and not an existential one enables the issue to be politically exploited. An issue that almost all the science indicates should be bipartisan and treated with urgency becomes politicised. It becomes a left – right problem with one side (the greens) having some reasonable policies on the issue and the other side in extreme denial that there is a problem at all. This is made more complicated still by the fact that the greens have little traction outside the main cities and their occasional flirting with animal liberation has left them on the nose in the bush. Farmers, who have most to benefit from actions to combat climate change and most to lose with no action, are represented by a party of inaction and denial – the Nationals.

The second problem with compartmentalising the issue is that it does not get anywhere near the prominence or intensive treatment it deserves. The real debate in climate change is not between mainstream science and the deniers but between scientists considering how bad the outcome will be. There are a number of eminent climate scientists (Hansen, Wadhams) expressing alarm at the current state of affairs and that we are heading for worst case outcomes that threaten civilisation and possible human existence itself. The irony of course is that we all will suffer including the children and families of the deniers, and the deniers themselves.

Of the main news sources I peruse online on a daily basis all categorise climate change as an ‘environmental’ issue. Both the Melbourne Age and the Guardian deal with climate change under the ‘environmental header’. Occasionally one of these articles sneaks through to the home/front page. Likewise the Conversation – a continuing source of accurate and up to date information – have their climate change articles under the header ‘Environment and Energy’. On the ABC – again a good source – anything on climate is sometimes hard to find. The most important issue of our times deserves a massive and thorough treatment in all the media – on the front page or as lead news item – again and again and again.