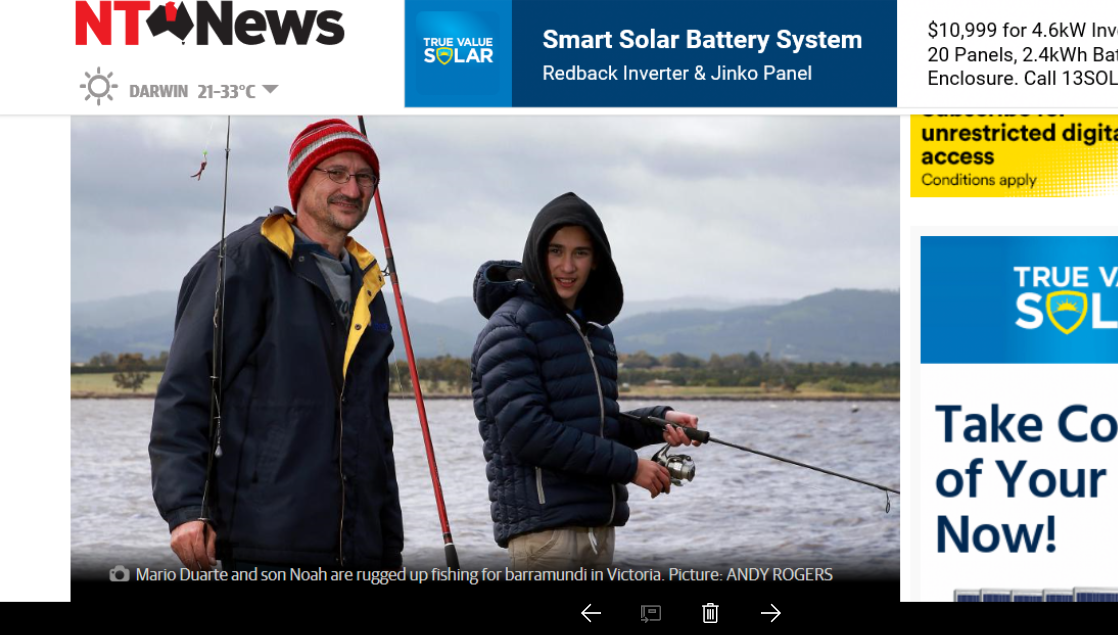 The end of the Hazelwood Pondage Barramundi experiment is nigh. In an article entitled “Territory Barramundi Struggling with Southern Cold in Relocation Project” the Northern Territory News outlined its fate noting “Victoria’s winter is playing havoc with our iconic barramundi in a relocation project that has gone pear-shaped.” Of course as everybody knows it is not the winter that is killing the fish but the fact that the Hazelwood Power Station no longer keeps the waters warm.

The article noted that the “the barra have swum out of the main body of water in the Hazelwood pondage and into a hot water channel in search of the warmer water. The area where they have congregated houses a pipe that continuously delivers warm water from an aquifer underneath the nearby Hazelwood coal mine.”

At the risk of saying I told you so I stated the obvious on 1.1.17 – that the “temperature of the pondage will drop rapidly after the station closes its generators in March which will be the end of this short-lived fishery. Assuming that most of the 5000 fish are caught before the end then each fish has cost us at least $30. This amount of money could have financed an in depth study to utilise the pit and pondage for pumped hydro.” Or, I might add, a small floating solar farm.

I support the fact that State Government is putting substantial (but perhaps not enough) funds into the Latrobe Valley. Such a project if successful in the longer term may have brought many tourists and trippers to Morwell and Churchill. However this clearly showed a lack of foresight – that Hazelwood would probably shut or be closed down in the next few years and that the fish could no longer survive in the colder waters. Therefore it was not money, energy and time well spent.

What is needed for the ‘just transition’ in the valley is more co-ordination, some imagination and above all planning. The underlying assumptions are that all brown coal generation will shut down sooner or later and that renewable energy in its many forms is part of the answer to mitigating climate change. Any state funded projects that clearly do not fit these criteria should not even be considered.