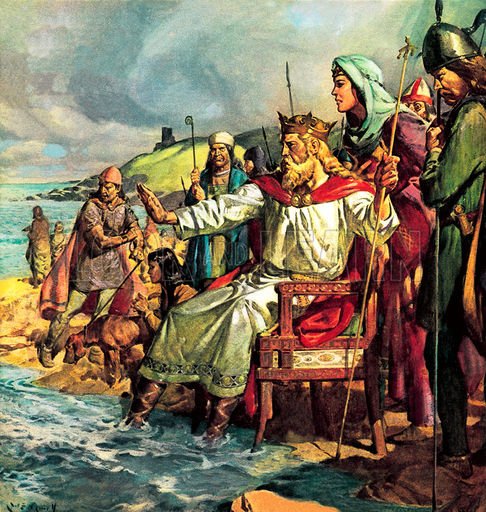 In primary school more than half a century ago we were taught a distorted version of King Canute and the tides. The king, the story went, was very foolish having his throne placed on the sea’s edge at low tide and commanding the tides to stop, which of course, they did not. Canute’s action was almost certainly the opposite of this story – he was demonstrating to his followers and acolytes that he was not omnipotent and no matter what he said or did he could not stop the tides. His was a wise rather than a foolish action. More recently I used the correct version of the fable in a speech at the declaration of the polls in Sale (in 2013). The point of the speech was that natural laws takes no note of human endeavours, and that our inaction on the best science on global warming was going to land us in deep trouble.

I have been warning of the problem of sea level rise that the Gippsland region faces for some time. Five years ago I wrote a long essay “The Gippsland Coast in 2100” and have modified or updated parts of it on 3 further occasions. The problem with making predictions of this sort is at least twofold. The sea level rise on the Gippsland coast is a steady 3mm a year, hardly discernible by human observers over the short to medium term. Almost all the predictions are based on the rate of doubling of the rise and much of this is guesswork as, as far as I am aware, no such rate has been satisfactorily established. There is also the possibility of abrupt change which cannot be included in any modelling or predictions.

The most well-known of climate scientists is James Hansen. His recent predictions, for a worst case scenario, are now about 2.5 metres. See here and here. Every one of the estimates I made in my 2012 paper are within this figure except the worst case figure of over 3 metres for the catastrophic scenario, and it should be remembered that I was factoring in a certain amount of coastal subsidence into the equation as well. It should be noted that no significant subsidence has been detected on the coast.

Unfortunately in large parts of the western world power is in the hands of those than deny the science of climate change. To not take note of the basic physics – the greenhouse effect has almost as long a science history as gravity – is pure folly. The ignorance, or deliberate deception of many of our politicians on this issue is appalling. Where, oh where, are the Canutes of our time, to try to get us out of the mess our politicians, egged on by the fossil fuel industry, have made of this huge problem?

Our sea levels continue to slowly creep up. If it takes 10 years for a container of water to be filled with the amount doubling every year, after 9 years it is still only half full.