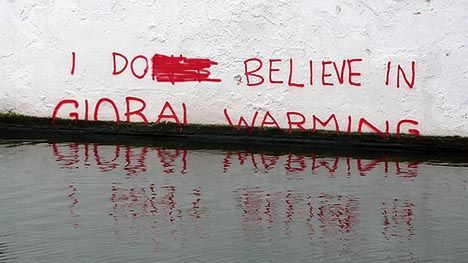 That climate change has happened many times before in Earth’s history is documented and not in dispute. The differences between natural climate change with the earth slowly changing between periods of hot and cold and today’s global warming are twofold. In terms of geological time the warming is happening in an instant, not over thousands or even millions of years as would naturally occur. And the evidence is overwhelming that it is man-made.

Despite this the general public remains poorly informed about simple aspects of science – partly through an inadequate education system and partly through the lack of reliable information (or even worse – misinformation) in a largely ignorant, or even antagonistic, media. In a recent blog on a balanced and fair media I mentioned that that some of the letters to the editor of the Bairnsdale Advertiser (BA) on climate change are belief or faith based and have complete disregard for even the most basic science. Some, I suggested, were bordering on being ‘completely loony’.

An example of this was recently published in the letters column of the BA. It was thankfully short but opened with the sentence “99.9% of climate change is related to the relationship of the Earth to the Sun and also any variation in the Earth’s angle of its axis to the Sun, which has been caused by earthquakes.” The letter went on to dismiss the role of the greenhouse effect in keeping the planet warm. Whilst it is true that our energy comes to us in the form of radiation from the sun the earth is kept warm by a ‘blanket’ of trace element gases the most important of which is carbon dioxide. These gases allow the radiant energy to pass through but trap much of the energy reflected back off the earth’s surface.

Unfortunately these ‘opinions’ on climate change are common and to be found amongst the highest elected officials in the land including our own elected representatives in Gippsland, both state and federal. Our politics and government should always be based on fact, certainly on ‘best science’. Without it we are in big trouble.