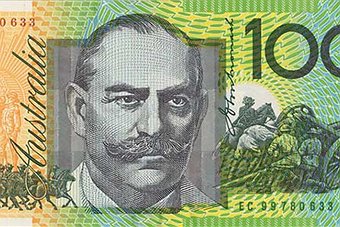 John Monash was a celebrated military leader of World War I and the guiding light in the establishment of brown coal generation in the Latrobe Valley. Unlike his predecessors during the war he did his best to protect his soldiers from the slaughterhouse in front of the trenches using all available technology (tanks, planes and artillery) to advantage. As an engineer he used the scientific information and technology of his former enemies to build the solid foundations of brown coal fired electricity generation that has lasted nearly 100 years. He was, in short, a man of science.

One of the posthumous honours bestowed on this hero was the naming of Victoria’s second university after him. Established in the early 1960s it was a place of intellectual fervour and the hotbed of criticism surrounding the Vietnam War. Now a small clique of parliamentarians have adopted (or stolen) Monash’s name to call for a new, supposedly clean, coal fired electricity generator in the valley.

It must be stated at the outset that there is no such thing as clean coal and lignite or brown coal has about 60% water content making it ever so much ‘dirtier’. Thus the self-proclaimed Monash Forum are either ignorant of climate science or wilfully (and perhaps criminally) disregarding it. Their stance is anti-intellectual, anti-science and the antithesis of Monash’s life. It also offers false hope to many in the valley still clutching at straws to save the old economy instead of firmly grasping the opportunities of the new.

The front men of the Monash forum with its 20 odd members are the usual suspects – Kelly, Andrews Abbott, Abetz – climate change deniers to a man. More frighteningly it is rumoured that more than half of this number is made up of National Party members. It is yet to be revealed whether this includes our local member Darren Chester.

It would seem that the best way to confront the urgency for decisive climate change action is a return to bipartisanship and being governed and acting on the best science available at the time. This is not going to happen whilst the reactionaries in the Monash Forum are in effect holding the balance of power.

Thus the return to bipartisanship requires either the removal of the reactionaries from their power base or from parliament altogether. This is an exceedingly difficult task and almost certainly beyond the immediate abilities of the more science friendly parties – the ALP and the Greens, as all the lower house members appear to be in safe conservative or regional seats. What is desperately needed now are new centrist or conservative candidates that can appeal in these seats – independents who accept the overwhelming evidence of climate change and the urgency to act upon that evidence.