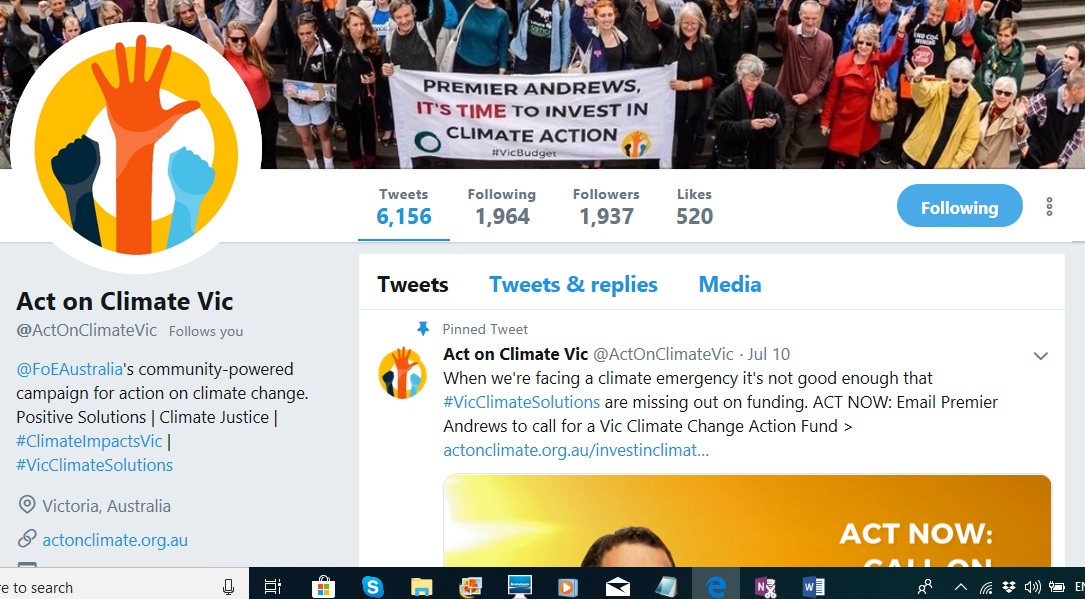 A recent article by Booker Prize winner Richard Flanagan and Geoff Cousins in the Guardian called for the Wentworth by-election to be made into a Climate Referendum. The victory of Dr Kerryn Phelps has to a large extent fulfilled this with a record swing against the incumbent party in one of the safest seats in Australia and with every indication that climate change was a very important issue. Earlier in the year the safe seat of Wagga in NSW was won by independent Dr Joe McGirr who had climate change at the top of his agenda.

In a way my puny ‘Vote Climate Vote Solar’ efforts over the last 10 years were a prototype of the ‘climate referendum’ campaign. Those campaigns were never about winning but had the multiple aims of making climate change and renewable energy important issues, getting publicity on this wherever possible and just possibly influencing some of the other candidates. After eight elections in eight years I have decided to continue working from the sidelines mainly in the social media. (For anyone interested accounts of all my campaigns in pdf files can be found at the bottom of this page.) So the wins of McGirr and Phelps give us hope and the aims are now much higher – the removal of as many of the climate change deniers from our parliaments as possible.

Our election in Victoria is less than a month away and there are several organisations striving to make this a ‘climate referendum’ including the Act on Climate group of the Melbourne FOE and Environment Victoria. For my own part I have been asking every declared candidate the question “Do you accept the scientific consensus on anthropogenic global warming?” and publicising all the positive responses with pressure group Gippsland2020’s social media. This has been quite successful with 2020’s twitter post of Independent candidate in Morwell Tracie Lund’s reply getting over 200 engagements. So far 10 candidates in four of the five Gippsland electorates have said ‘Yes’.

And then there is a Federal election coming up next year in May or before as well as a NSW state election. Rumours on the social media suggest a prominent Independent candidate may line up against our climate-denier-in-chief Tony Abbott in Warringah. Let us not forget some of the others including Craig Kelly, Barnaby Joyce a number of other Nats, and Kevin Andrews and some other IPA cohorts in Victoria. The job before us all is to make every election a climate referendum.