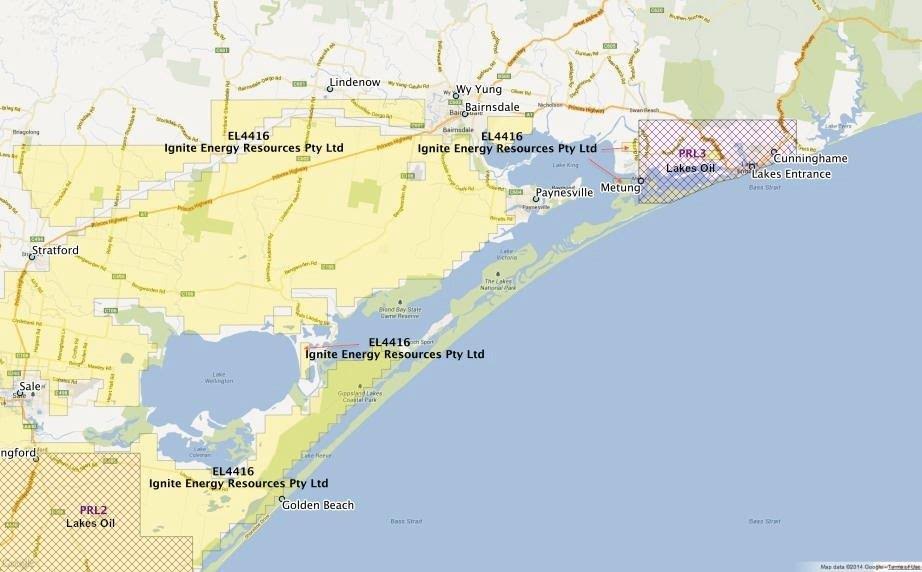 Gasfield Free Bairnsdale (GFB) was formed by local residents in November 2013; we are all volunteers.  When we heard there was a huge exploration mining licence (EL4416) for unconventional gas mining in our area, the biggest licence in Gippsland, we decided to hold a public meeting and information night in Paynesville on 5th December 2013.  Over 150 people attended. As a result of attending that meeting, members of the Meerlieu & District community requested a public meeting for their community; this was held at the Meerlieu Hall in February 2014.

Local residents have been door knocking where there is an exploration mining licence to inform landholders about the licence and to ask a survey question, “Do you want your land gasfield free?” Lock the Gate signs have been sold and put on gates where landholders chose to do this; this is a “no trespass sign” to mining companies. When the surveying has been completed, community declaration events have been held to present the outcome of the survey question.

Another 100 people have been surveyed in Forge Creek.  Surveying will be completed there and in: Hillside; Calulu; Wy Yung; Bairnsdale (district not town) and Lindenow in the next couple of months.  A total of over 750 people have been surveyed where there is an exploration mining licence on their land, with 98% of the respondents saying “NO” to gasfields on their land. The movie “Frackman” screened at the Bairnsdale Sun Cinema on 6th May 2015.  Bairnsdale had the largest audience in Victoria with 177 of the 200 seats filled.  Senator Ricky Muir attended and spoke during the Q&A session (at the Senator’s instigation).

If you would like to see where the mining licence is located go to this website where you can insert your address and have a look, or see the attached map: http://www.energyandresources.vic.gov.au/earth-resources/maps-reports-and-data/mining-licences-near-me