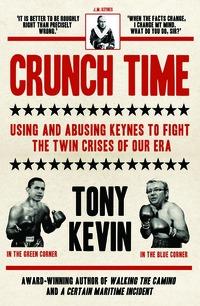 I am sometimes asked, usually by a Greens supporter, why a single issue climate party is necessary. Many of them see such an entity as a threat to their own party or at least in some way detracting from it.

But the issue of climate change is vastly underestimated by the mainstream parties – it is seen at best as one of a number of problems that have to be fixed. In reality it is a huge problem threatening the very existence of life on earth as we know it. All other issues pale away into insignificance. One of the tasks of a single issue party is to push the issue before citizens as much as possible. Global warming should be the issue – the only one of consequence – in every election in the country. And the issue is far more important than the party – any party.

Another task is to appeal across the political spectrum. The current political divisiveness foisted on us by large sections of the media and a dominant, aggressive faction in the conservative parties is bordering on the criminal. What is wanted is a return to bipartisanship on the issue and for it to be treated with the seriousness it deserves.

Whilst the position of the Greens on climate is both sensible and admirable it is but one position in an array of policies. Often another policy in their array buries the dominant issue of warming. Tony Kevin in his Crunch Time (Scribe 2009) noted the Greens agenda is ‘overloaded’ and that they are ‘beholden to so many other good causes’. Rightly or wrongly they are perceived by the wider electorate as a party of the left and therefore unable to appeal to the more conservative voter. The Greens position has also enabled Machiavellian politicians (including our PM) to play ‘wedge politics’ with the issue.

Has the Australian electorate (or the earth) the time to wait before the Greens arrive at a position of power where their policies can be enacted? Do we have to await another hung Federal Parliament with the Greens and or climate Independents holding the balance of power? A single-issue party appealing across the political spectrum or even a climate party on the conservative side of politics will be a small step in the right direction.