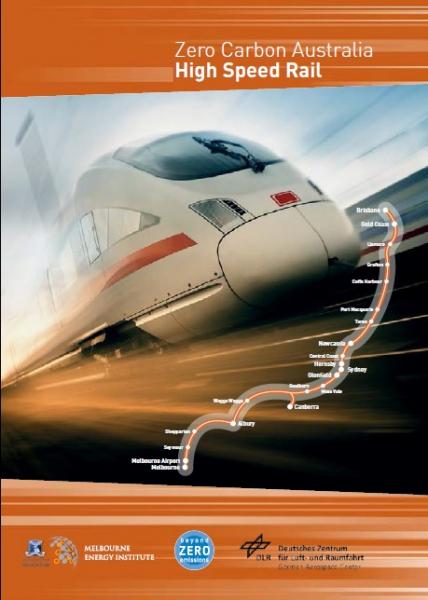 Prior to returning to the leadership of the Liberal Party and assuming the role of Prime Minister Malcolm Turnbull made many statements about the inadequacy (to put in mildly) of his party’s, and his predecessor’s, climate policies. “Direct action,” he said, “was an environmental fig leaf to cover a determination to do nothing.” But now as leader his hands appear to be tied by the rump of ‘climate change deniers’ in the coalition including most of the National Party. So Malcolm has been treading softly and adhering to whatever agreement he made with the denier faction and the Nationals. But there are many actions that can be taken that bypass the rump or even recruit some of their members.

Two that come readily to mind, that would probably attract overwhelming support, are “Snowy Mountains Scheme” style projects – a very fast train from Melbourne to Brisbane and a high voltage direct current (HVDC) cable that links WA to the eastern grid. The former has been studied in great detail by Beyond Zero Emissions and the detail is available here http://bze.org.au/zero-carbon-transport-high-speed-rail

The latter has been proposed by climate scientist Barrie Pittock (letters The Age 3.1.16) and by engineer Peter Seligman in his Australian Sustainable Energy – by the numbers (Melb. Energy Inst. 2010). Seligman details his proposal for a HVDC cable from Perth to Port Augusta (pp.41-4) and suggests it be combined with a large scale pumped hydro storage on the Nullarbor. The BZE and Seligman proposals have been carefully costed.

Both these proposals would take up the slack in employment now occurring with the slide in the resources sector. Both would require large amounts of spending – so you can forget about the balanced budget which was so much propaganda anyway. Since each of these projects would pass through National Party homeland it may appeal to some of their number. But most of all both projects offer huge savings in either transportation or energy efficiency. As our economy appears to be slowing and interest rates are at an all-time low Keynesian economics dictates that now may be the time for some ‘pump priming’ – something similar to Labor’s “home roof insulation”  scheme in 2009 on a grander scale and done so much better.