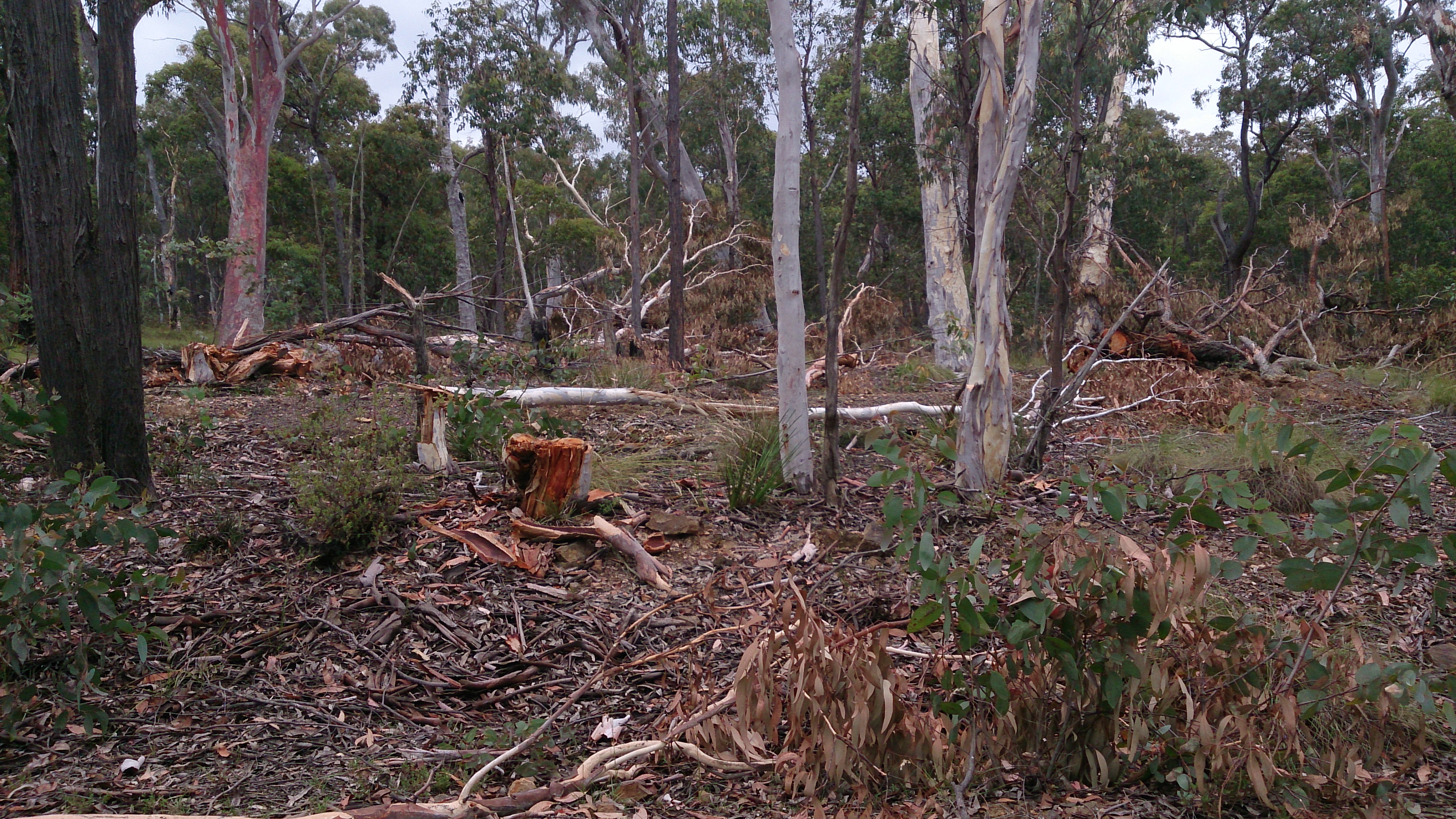 People who live in the border region of Far East Gippsland – Bonang, Dellicknora, Tubbut – were shocked to see what has turned out to be hundreds of trees felled in a dry schlerophyl forest on the Dellicknora road. On inquiry to DELWP we were told that these were ‘hazardous trees’ felled for the occupational health and safety of the workers who would be required to conduct a ‘fuel reduction’ burn this season. The season is drawing to an end and so far weather has made it impossible to burn. The trees may have been felled for no purpose, equating their demise with extreme environmental vandalism. In any case, the entire concept of ‘hazardous trees’ deserves close scrutiny.

I don’t know the whole story but DELWP is terrified of further litigation after two people in a car in a restricted area were injured (killed?) by a falling branch which crushed their car. As a result, many trees have fallen. Apart from the difficulty of assessing a hazardous tree, it would seem that looked at in this manner, any tree is hazardous. For instance, a drunken driver may veer off the road and hit a tree. Is this tree hazardous because it is in the ‘wrong’ place?

The trees are lying on the ground, the most we can do is take some firewood from some of them. The planned burn wasn’t likely to do much to protect our communities, being at some distance from them. In any case, it may not occur this season as weather is not favouring the foresters. Have the trees been fallen in vain?

The 5% target for fuel reduction burning is still in place but is required to be replaced next season by a more risk-based approach where ‘assets’ to be protected are identified and communities and department work together how to protect them. A sea change in community engagement will be needed to make these discussions meaningful but they do allow the science to be given more weight than alarmist public opinion.

Dr David Cheal addressed the DELWP Roundtable on Monday March 21st and said that remote area burning plays no role in protecting communities and is bad for native flora and fauna. He is free to speak as he has retired from his position at the Arthur Rylah Institute. DELWP staff must spout the government line but they do have some discretion. In the felling of the trees at Dellicknora they went overboard.