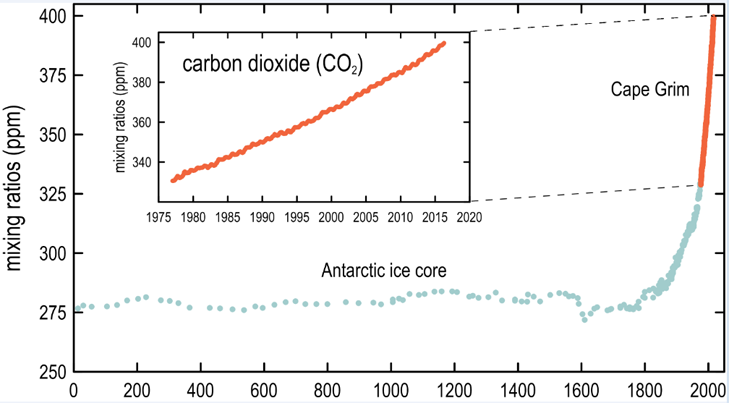 Recently ABC TV’s Media Watch canned the Sydney Morning Herald (SMH) for running a front page story on the CSIRO Cape Grim station carbon dioxide levels reaching 400ppm in the Southern Hemisphere for the first time. I thought the TV presentation neither ‘fair’ nor ‘factual’ as it claimed. The distortion was enough to persuade me to write a comment on ABC’s website which I have never done before – for any website. (see here). With regards the overwhelming threat of global warming my ‘two bobs worth’ on the ABC webpage was a condemnation of the media response (basically negligible) and the actions, or no action, of the Murdoch media (bordering on criminal negligence) on this issue. Peter Hannam responded (18.5) to the Media Watch critique with the rhetorical headline ‘When should we care about Climate Change?’ and leading with the answer ‘about 30 years ago.’ Hannam’s reply set me to thinking about local media.

Due to being isolated in the foothills for most of my life I am only familiar with the printed media of East Gippsland News (EGN) and to a much lesser extend ABC radio. Occasionally now I see the Gippsland Times in our library, rarely the Latrobe Valley Express and never the Yarram Standard. I have never possessed a TV so am reliant on information from friends, and more recently, in the case of the ABC TV iview, watch some programs (such as Media Watch) on my computer.

In terms of reporting on climate change generally the ABC and Fairfax media are the best of a bad bunch – in the case of the Murdoch media terribly bad. Apart from election time, the EGN – East Gippsland News, Bairnsdale Advertiser, Lakes Post and Snowy River Mail- have never had a front page news story on climate change or its effects with one notable exception. (They have missed a number of opportunities including the recent catches of Black Marlin off Lakes Entrance associated with our warming oceans) The exception was a report on a presentation by Dr Karl Kruszelnicki where the reporter misinterpreted Dr Karl’s attempt at dark humour.

The media and the two major parties dictate the issues on the agenda in the elections (more on this soon) and it is only the presence of the minor parties and independents that bring climate change and its related issues such as renewable energy to any prominence. To give EGN their due they have almost always published my press releases on this subject – once or twice on the front page. At the last election as an Independent I made several radio interviews and as far as I am aware had one fleeting appearance on TV news. But it remains that, global warming, the most pressing and potentially disastrous threat to us all, is hardly ever found in our local media except at election times. That alone is justification for those such as myself to stand for office. And do so as often as one can.