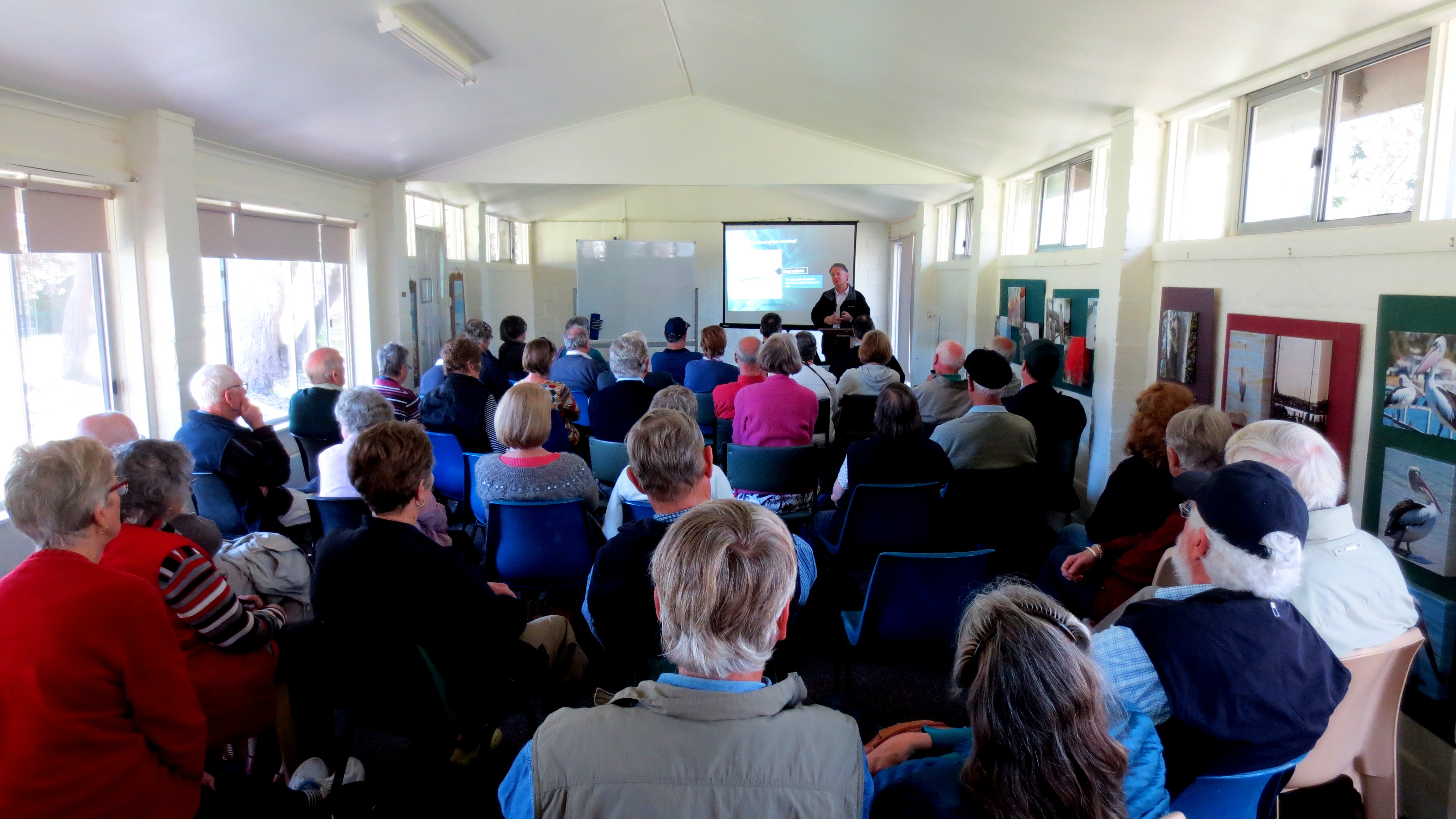 The Sustainability Festival held at the Abbey on Raymond Island was quite impressive. Top of the bill was the power-point talk by Dr Scott Power of the BOM entitled ‘Global Changes Global Actions, Local Impacts’. Having someone as highly qualified as Scott to speak was quite an achievement in itself. You can watch a brief video of him here.

His CV is most impressive and is as follows: “Dr Scott Power is the Head of Climate Research and the International Development Manager in the Bureau of Meteorology. He is a Coordinating Lead Author of the latest Intergovernmental Panel on Climate Change Working Group (IPCC) report and an author of the latest IPCC Working Group 3 Synthesis Report. Scott has published extensively in the international scientific literature on global warming, El Niño, decade-to-decade climate variability, Pacific climate, and historical changes in severe weather. He is the former head of operational climate monitoring and prediction in the Bureau and a former acting head of Australia’s National Climate Centre. He previously coordinated the Bureau’s participation in the Australian Climate Change Science Program, he led the development of a project to enhance climate prediction services in numerous Pacific Island countries, and he co-led the development of the Pacific Climate Change Science Program that assisted 15 vulnerable countries adapt to climate change.”

Scott’s presentation emphasized climate variability which will still be with us as the planet warms though extreme cold events like frosts will be far fewer. He gave a fairly detailed explanation of the greenhouse effect and then looked at a range of the evidence for a warming climate which was conclusive. He started with a graph of the carbon dioxide (CO2) – the major greenhouse gas – in the ice records for 800,000 years and to these he added the recent extra additions since the Industrial Revolution to produce the so called ‘hockey stick’ graph.  He praised the climate models that are used to make the various predictions and although they are not perfect they are the best we have at the moment. On climate action he also praised the results of the recent Paris Conference (signed but yet to be ratified by Australia – hopefully it will not be a repeat of Kyoto) which has just gone into effect, as one of the beneficial actions. But he pointed out that to achieve the aims of the Paris conference was going to be difficult. At some stage we not only have to reduce putting CO2 into the atmosphere but to draw it down to a level closer to what we have experienced in the last 10,000 years.

Following the talk there was a wide range of questions on methane as a greenhouse gas, CO2 as a result of forest burning, about the earth’s albedo and whether the Abbey would be going under water soon. The latter brought a lot of laughs from the audience. Scott adroitly fended off questions of a political nature pointing out that his role as a bureaucrat was to provide the information and not to take political sides (another casualty of the unnecessary political division). Attended by 60 people Scott’s talk alone has made this year’s Festival an outstanding success.