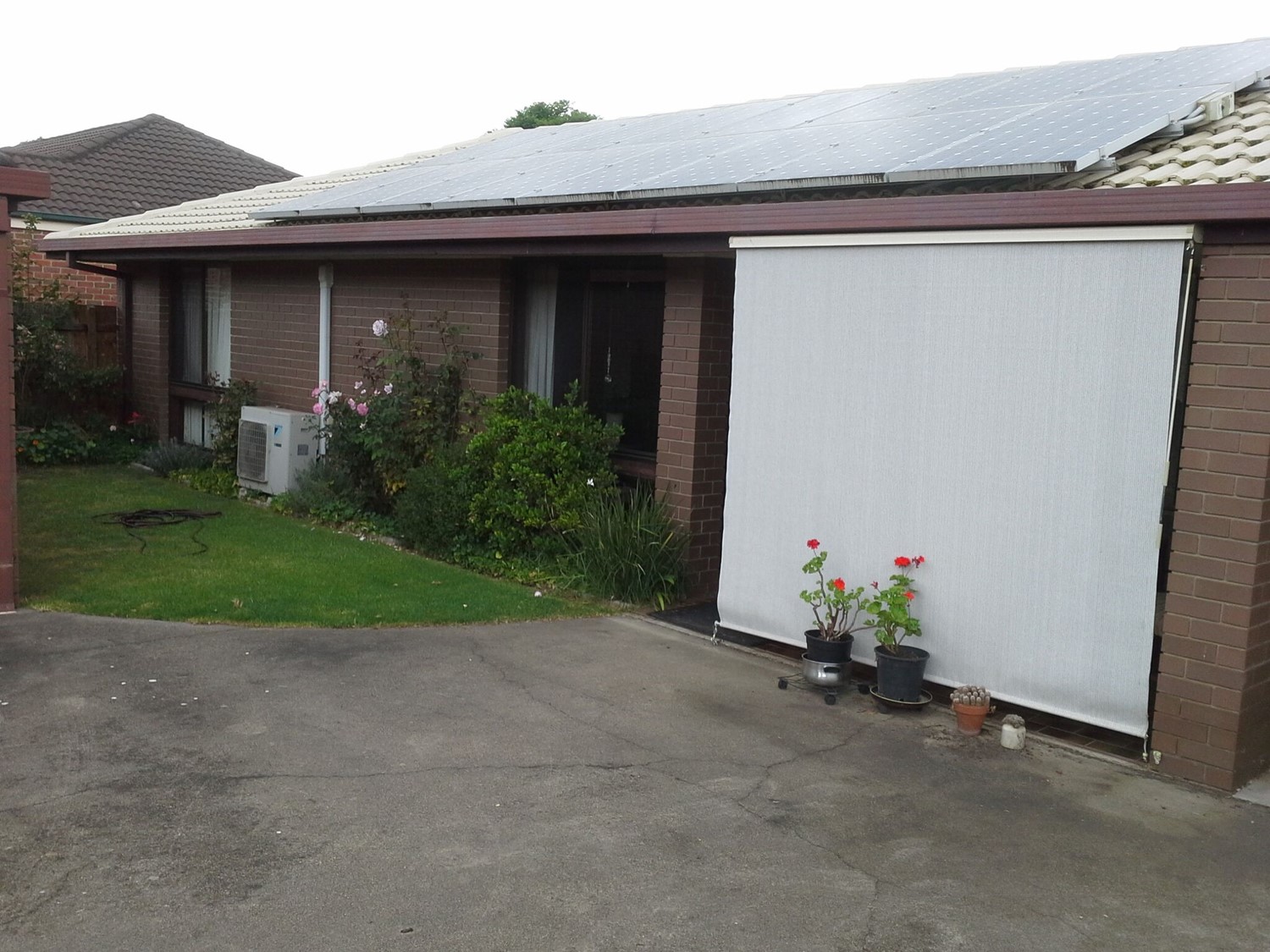 We sold our house up the bush and moved to a small 2 bedroom unit in town five years ago. In the process of downsizing finance was no longer a restraint. For 6 months after purchasing the unit calculations were made as to how many solar panels would be needed to cover all current electricity costs including service charges. Other options were also looked at including whether to have a mix of photovoltaics, solar hot water and gas.

The solar hot water quotes were about $5000 not including any extra plumbing. As well gas had to be connected to the unit and there was a daily operating charge (about a dollar a day) whether any gas was used or not. It became clear that using gas solely as a hot water booster was not efficient and for a substantial part of the year little or no gas would be required. Thus more gas appliances such as a stove (and thus more plumbing) were needed. We decided to stay with the all-electric unit but one that was modernised and used solar as much as possible.

My calculation of how much solar PV we would need was based on the electricity usage of the old unit. Thus we opted to put a large array of 4 kilowatts on our slightly west of north roof at a cost of $10,000. This I calculated, when the solar subsidy of about 30c a kilowatthour (kwh) was taken into account, would mean we no longer have to pay any electricity bills and the system would pay for itself in six to ten years. We then proceeded over the next 4 years to make a range of changes to convert the unit from its old ‘energy guzzling’ to a modern ‘energy efficient’ home.

First to go was the wall heater replaced by the reverse cycle air conditioner, then all lighting to compact fluoro and LEDs, extra insulation was added to the roof and a heat pump replaced the electric hot water service. The most recent change was in the kitchen where the electric stove was replaced by an induction cooktop. The results of all this meant a sixfold reduction in average daily energy usage from about 12kwh in 2012 to 2kwh in 2016. The economics of this are also startling.  The $10,000 spent on our solar photovoltaic array has been recovered in four years with about $6000 in bills not paid and about $4000 in return cheques from our electricity providers.  The extra $10,000 spent on energy efficiency improvements hopefully will be recovered in four to six years.

With the subsidy gone and our solar now receiving only 7.2c a kwh instead of 31c it remains to be seen if we will be paying our Energy retailer for our bills. Currently we produce on average an extra 14 kwh per day which at 7.2c is about a dollar a day – somewhere near the daily service charge. Future options include looking for the last few ways of increasing energy efficiency and transferring as much energy usage to daytime. Putting more solar panels on the roof, and looking at a battery purchase are now being considered.