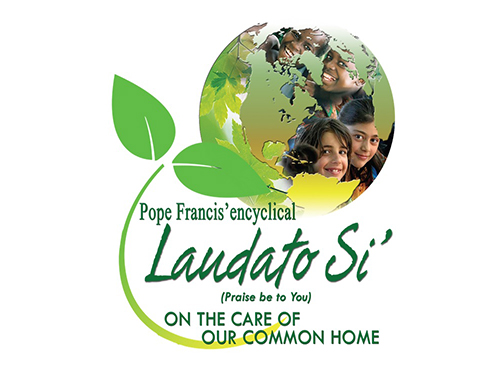 The Pope’s 2015 encyclical, Laudato Si’, is an important statement from an enlightened and influential world leader.  The Church seems slow to adopt it, which I put down to a number of factors, not least of which is the majority of politically conservative leaders in the Church who do not understand the threat posed by climate change.  I suspect few Catholics have actually read it in full.

The Pope calls his encyclical, ‘this lengthy reflection which has been both joyful and troubling’ (188/246) and explains his aims in writing it, ‘to promote a new way of thinking about human beings, life, society and our relationship with nature’ (167/215).  ‘I urgently appeal, for a new dialogue about how we are shaping the future of our planet’ (19/14).

His thinking is well-informed and holistic – ‘There is an interrelation between ecosystems and various spheres of social interaction, demonstrating yet again that the whole is greater than the part’ (116/141).  Acknowledging ‘the human origins of the ecological crisis’ (84/101), he says, ‘The natural environment is a collective good, the patrimony of all humanity and the responsibility of everyone’ (81/95).  He refers to ‘ever new ways of despoiling nature, purely for the sake of new consumer items and quick profit’ (151/192).

The Pope says this destruction has led to a ‘sickness evident in the soil, in the water, in the air and in all forms of life’ (9/2).  ‘The earth, our home, is beginning to look more and more like an immense pile of filth’ (25/21).  He advocates ‘penalties for damage inflicted on the environment’ (167/214).

As an example of environment destruction His Holiness cites land clearing: ‘As long as the clearing of a forest increases production, no one calculates the losses entailed… the harm done to biodiversity or the increased pollution… businesses profit by paying only a fraction of the costs involved’ (153/195).

He argues that, ‘If objective information suggests that serious and irreversible damage may result, a project should be halted or modified, even in the absence of indisputable proof’ (147/186), a call that should be applied to climate policy: ‘This is especially the case when a project may lead to a greater use of natural resources, higher levels of emission or discharge, an increase in refuse, or significant changes to the landscape, the habitats of protected species or public spaces (145-6/184)’.

On climate change the Pope says: ‘… the advances have been regrettably few.  Reducing greenhouse gases requires honesty, courage and responsibility, above all on the part of those countries which are more powerful and pollute the most (135/169).  We know that technology based on the use of highly polluting fossil fuels – especially coal, but also oil, and to a lesser degree, gas – needs to be progressively replaced without delay’ (132/165) and ‘A global consensus is essential for… developing renewable energy and less polluting forms of energy’ (132/164).

*Harry Creamer was invited to comment on Laudato Si as a matter of importance to all Gippslanders. He is the President of Climate Change Australia –Hastings and can be contacted here harry.creamer@hotmail.com Part 2 will be published next Sunday