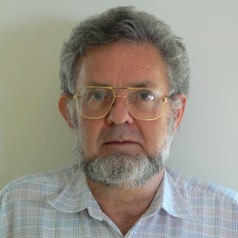 Fifty years ago I was in the Monash Uni bushwalking club with mathematician Ian Enting. Even then he was the consummate and dedicated student whilst I was the layabout boozer and folksinger miraculously scraping through a pass degree in Economics. His career in mathematics blossomed whilst I retired to the bush to build a house of mud and beer bottles. (No I didn’t drink them all!) We are still good friends and Ian and his family are regular visitors to Gippsland. His impressive CV is listed in The Conversation: “Trained in mathematical physics, worked on carbon cycle modelling since 1980. One of the lead authors of the chapter “CO2 and the Carbon Cycle” in the 1994 IPCC special report on Radiative Forcing of Climate Change. Author of the books: Inverse Problems in Atmospheric Constituent Transport (2002) and Twisted: The Distorted Mathematics of Greenhouse Denial (2007).”

In Twisted Enting’s logical demolition of the denialists’ arguments of ten years ago highlights the absurdity of these arguments that are still being trumpeted (sorry!) in the most powerful political offices on earth today. He noted then that those: “who promote the views of ‘greenhouse sceptics’ are not presenting a scientific argument – the views of the greenhouse sceptics have too many inconsistencies to constitute an alternative to mainstream climate science.”

On Ian’s website (link above) there are two substantial critiques of ‘confusionist’ Ian Plimer who denies the human influence on climate change. The first is of Heaven and Earth (Connor Court Publ. 2009) comprised of 64 pages including references and an index. Summarising the work Enting notes:  “Ian Plimer’s book … claims to demolish the theory of human-induced global warming due to the release of CO2 and other greenhouse gases. Overall: it has numerous internal inconsistencies; [and] in spite of the extensive referencing, key data are unattributed and the content of references is often mis-quoted.” The work is then examined page by page by Enting and others and, as such, is a work in progress.

The other is a critique of How to Get Expelled from School (Connor Court Publ. 2012). In this Enting examines each of the 101 questions that Plimer asks and notes: “Ian Plimer’s book… concludes with 101 questions that will supposedly get you expelled. Plimer’s proffered responses fall into four main groups (1) the answer agrees with mainstream science…(2) the question [is] based on a false premise, false dichotomy or a straw-man construction; (3) an incorrect answer is given; and/or (4) no answer is given for the speciﬁc question — just speculation about what a hypothetical ‘activist teacher’ might say.”

I hope to examine Ian’s climate change publications, both Twisted and the online Plimer critiques in more detail at a later date. Unfortunately the East Gippsland Shire Library has 2 copies of the bogus Heaven + Earth on it shelves but not a copy of the more legitimate and informed Twisted. How sad.