A presentation at Mirboo North on 4 June 2017

The purpose of my presentation ‘Our Weird Weather’ was firstly to tease out examples of recent weather in Australia that could fit within this definition. The heatwave across the northern half of New South Wales, NE South Australia and the southern third of Queensland in February this year, where maximum temperatures were 6C or more above the long term average for two weeks, surely meets the definition ‘weird’ if not ‘frightening’.

Extreme rainfall, temperatures and humidity in several parts of Australia in December 2016 were also described.

My second focus was on the ‘big picture’ – what is happening in the atmosphere as a result of global warming, and the mechanisms operating to change natural processes at a global scale. The north polar jet stream is weakening and allowing warm air to ‘leak’ polewards and cold air to move south. So the usual development and movement of Highs and Lows is changing. White Arctic ice and glaciers at reflect most of the incoming solar radiation is being replaced by dark heat absorbing ocean & rock. A feedback loop has been established which has resulted in a 2/3 decline in the amount of Arctic ice at the end of the northern summer.

This melting process is now changing ocean currents including the Gulf Stream. In Antarctica, a huge ice covered land mass, melting is having a lesser though significant effect. Glaciers are being undercut by warm ocean currents. 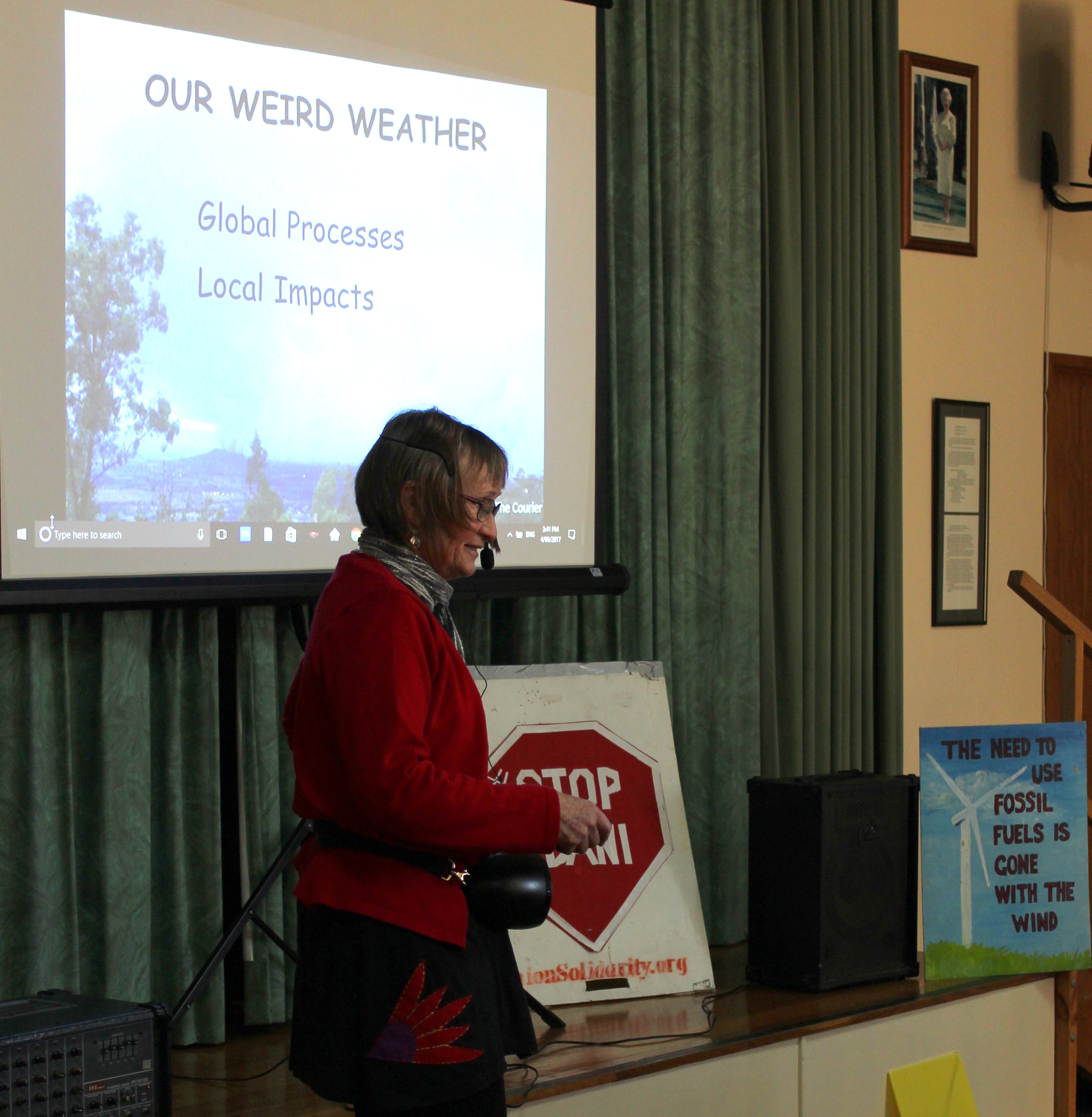 The third theme of my talk was the South Australian power outage last September. Warm Indian Ocean water off Java, plus a northward bulge in the Antarctic jet stream contributed to an intense low pressure system forming over south eastern South Australia. The Bureau of Meteorology later reported there were wind gusts of 260km/hr from a ‘supercell’ thunderstorm and 7 tornadoes, some of which cross transmission lines and destroyed towers.

My presentation added some more pieces to the energy and climate jigsaw. In Australia, plans to allow more coal mines, and particularly the monsters proposed by Adani, will exacerbate already dangerous climate conditions.