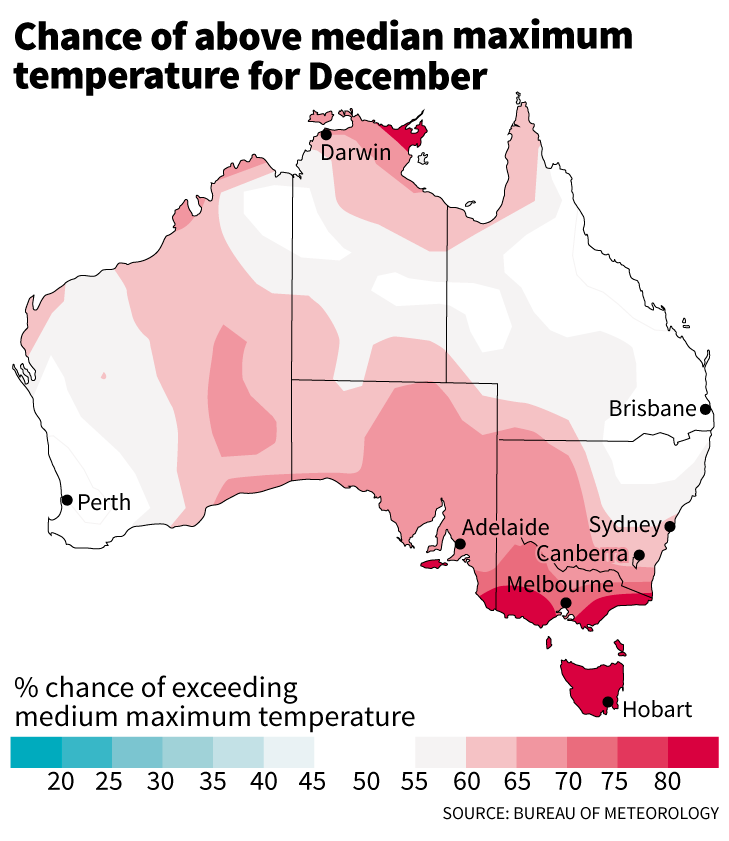 The Bairnsdale Advertiser (BA) of December 1 noted, under the header “Mother Nature’s Gone Mad” on the unusual weather we are currently experiencing. A hot dry spell for most of November was, according to predictions from the Bureau of Meteorology (BOM) to be followed by a “significant rain event”. The BA noted that “Mother Nature is playing havoc with East Gippsland; it’s been hot, there are bushfires, it smells, and the heavens are about to open.”

The newspaper is describing the effects of global warming on our weather and for “Mother Nature” substitute weather. East Gippsland has been dry and relatively warm for most of the year with record breaking heat in November. These factors meant an early fire season with the first bushfires in late September (admittedly escaped controlled burns) with the fire bans being brought in on October 16 – also a record. The same day that the BA article was published a substantial bushfire was still burning at Cann River. The smell – methane from rotting vegetation on the shores of Jones Bay – was caused by lower water levels and combined with the heat and an easterly breeze wafted the ‘bad egg gas’ smell across town.

The BOM predictions were fairly accurate despite a bad press and criticisms in the social media, almost all from Melbourne. The good news is that town and country received a general soaking rain of about 90mm spread across three days – the mid-point of the BOM predictions for Gippsland of 60-120mm. Thankfully predicted floods did not eventuate as thunderstorms, and hence very heavy downpours, did not occur. The rains will definitely assist our farmers and dampen down the fire season for a week or so, although already strong westerly winds are drying the countryside.

The weather has been showing many of the influences of climate change including long dry periods followed by less frequent but heavier rainfall events. With each degree of temperature increase the atmosphere holds as much as 7% extra moisture. Likewise the long hot and dry spell is typical bushfire weather with much longer fire seasons predicted. This is already happening. Since global warming is the result of humanity’s production of greenhouse gases it follows that we need an ‘emergency effort’ to firstly stop producing the gases (using fossil fuels) and then drawdown the carbon dioxide in the atmosphere to safe levels as quickly as possible.

It is ominous that the BOM predictions for the rest of this month indicate that there is more than an 80% chance of coastal Gippsland (including Bairnsdale) “exceeding the median maximum temperature”. See image above. In other words it looks like another hotter than usual month.