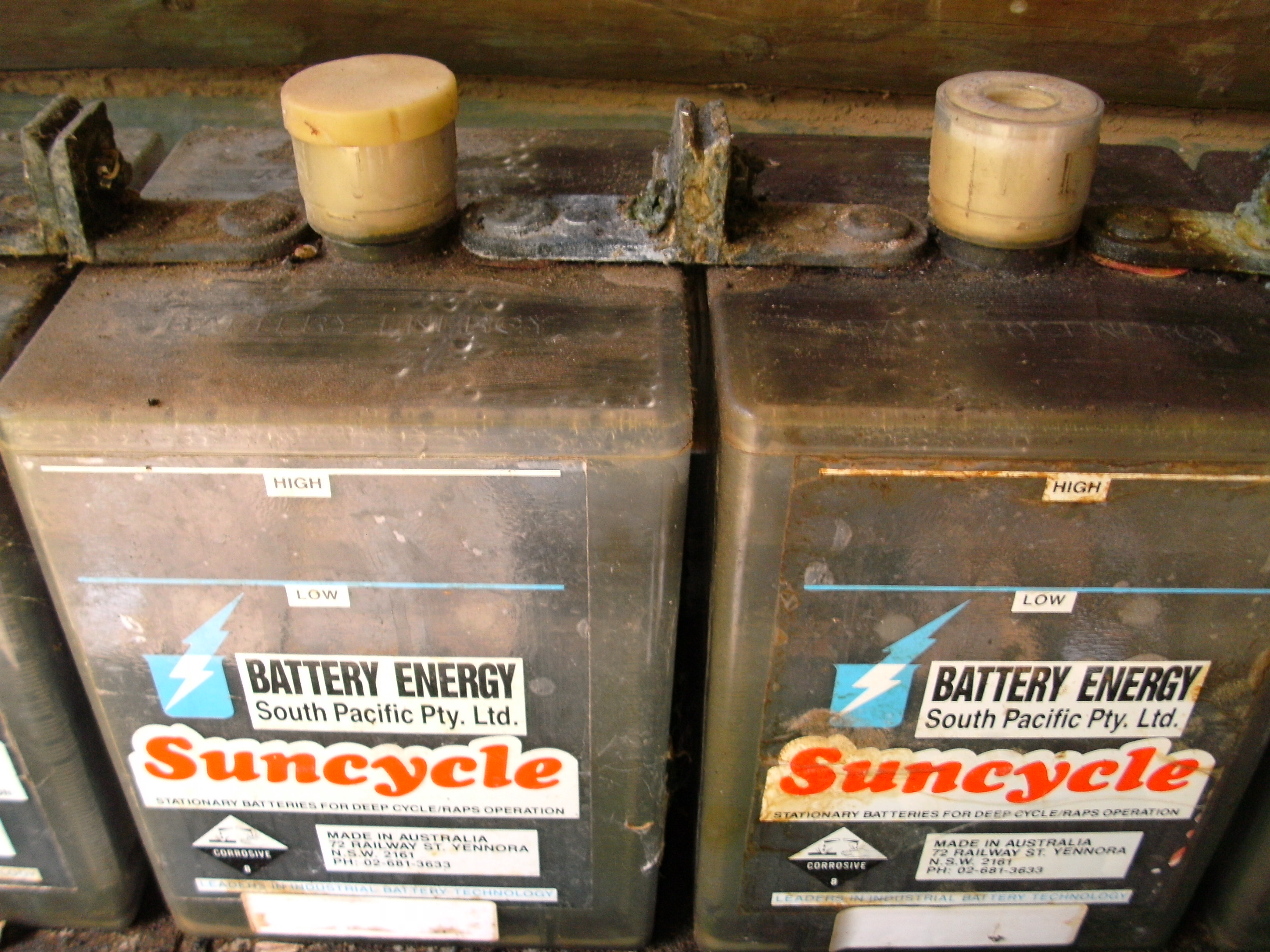 My isolated house in East Gippsland functioned very well with a stand-alone power system for 30 years until the property was sold. And as far as I am aware it is still doing so. Integral to this system and its most expensive part were the lead acid deep-cycle batteries. My 12 volt battery bank initially stored 200 amp hours in 6 2v cells in series. The storage was then doubled with another 6 2v cells added in parallel. Finally after changing over from wind to solar as the energy source large 600ah 2v cells were installed with 6 200ah cells in parallel giving us 800 ah storage. The rough formula for this is amps X volts = watts thus 800ah X 12v = 9600 watt hours storage. Enough, in theory, to run a 60w globe continuously for 6 days.

In practice the lead acid batteries seemed to have memories and needed to be ‘mollycoddled’. Through trial and error and the occasional dud cell, it was found that they functioned best and their lifetime was extended when only the top 20% of the power stored was used giving us under 200ah of usable energy. They are called deep cycle batteries but the number of times you could actually deep cycle them was strictly limited. The 800ah bank was still functioning well after 12 years with no problems when the house was sold.

In all the system was quite reliable with only 2 power failures in 30 years. One was a faulty connection between terminals that was fixed in a few minutes. There were teething problems with the system as we learned the hard way of the limitations of the term ‘deep-cycle’. When deep-cycled too frequently the weakest cell would fail and the system’s voltage, usually 13v to 13.5v, would drop to 12v or below. The faulty cell had to be identified and replaced which I did with selected second hand ex-telecom ones. Otherwise it would have been an expensive business.

Now with the Tesla battery (and a number of other competitors) and the lithium technology the battery revolution is upon us. For anyone building beyond 1 km from the grid a stand-alone system is already the best financial option, in particular for large parts of Gippsland remote from the grid. In reality we are now experiencing two revolutions – energy storage is the complementary partner to the solar one. A Battery Information Night is being held at Mirboo North on Thursday 3 December. (See Events page)