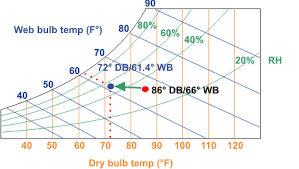 It is difficult to understand the existential threat of climate change. Even many of those active in the climate movement seem unable to do so. It is also hard to find a politician in Federal parliament that does so. If there are any, a green or two excepted, they have so far failed to speak out or be heard on the matter. Outside of parliament the majority accepts the principal of human caused climate change but fails to understand how climate change has been currently influencing extreme weather events.

Aside from the usual reasons for this – the status quo, powerful vested interests, reactive or at best inactive media – there a number of others. They include individuals’ experience of the weather and their anecdotal accounts and the failure of our education systems in basic science, rationality and the ability to discern between reliable and unreliable sources. There are obviously billions of anecdotal accounts with widely differing results none of which could match perhaps the experience of a dweller in northern Alaska or Siberia. Nor are there any anecdotal accounts of the ocean weather, or the mountaintops or that ‘hotspot’ of global warming the Arctic. Those working in the BOM do their best to explain that with global warming there will still be normal weather variability and days of extreme cold. These events will become less frequent over time, whilst the warming records, including night time temperatures, will continue to topple at an increasing rate.

Occasionally in this column I have attempted basic explanations of physics relevant to climate change such as the Greenhouse Effect and the conservation of matter. But the concepts of ‘tipping points’ and ‘wet bulb’ temperature are much harder to explain and absorb. The overused term tipping point refers to an abrupt change in the earth’s climate from which it is impossible to return. The new state is a much warmer climate and eventually much of the earth becomes uninhabitable. The wet bulb temperature (see definition here) rises whereby the temperature and humidity are so high that our natural body coolant, sweating, no longer works. Once the ‘wet bulb’ temperature reaches 35 degrees we die unless we can obtain some artificial means of cooling. This is no horror story far in the future. In 2016 this ‘wet bulb’ temperature was approached in a number of places in India and on the Persian Gulf.

Some decades ago Francis Fukuyama postulated the ‘end of history’ following the demise of the Soviet Union and the dominance of the earth by western, liberal, capitalist society. The fallacy that ‘history’ had reached an ultimate end or goal (the opposite outcome was postulated by Marx) has been around for some time. But there can be another different and real end to history. Humanity in co-operation may be able to act to solve the climate emergency – but if they cannot it will be the end of homo sapiens as the dominant species on earth and possibly lead to our extinction. It is humanity (you and I and a vast range of other species) that is threatened by extreme climate change. When the last human trundles off the planet that will be the real end of history.