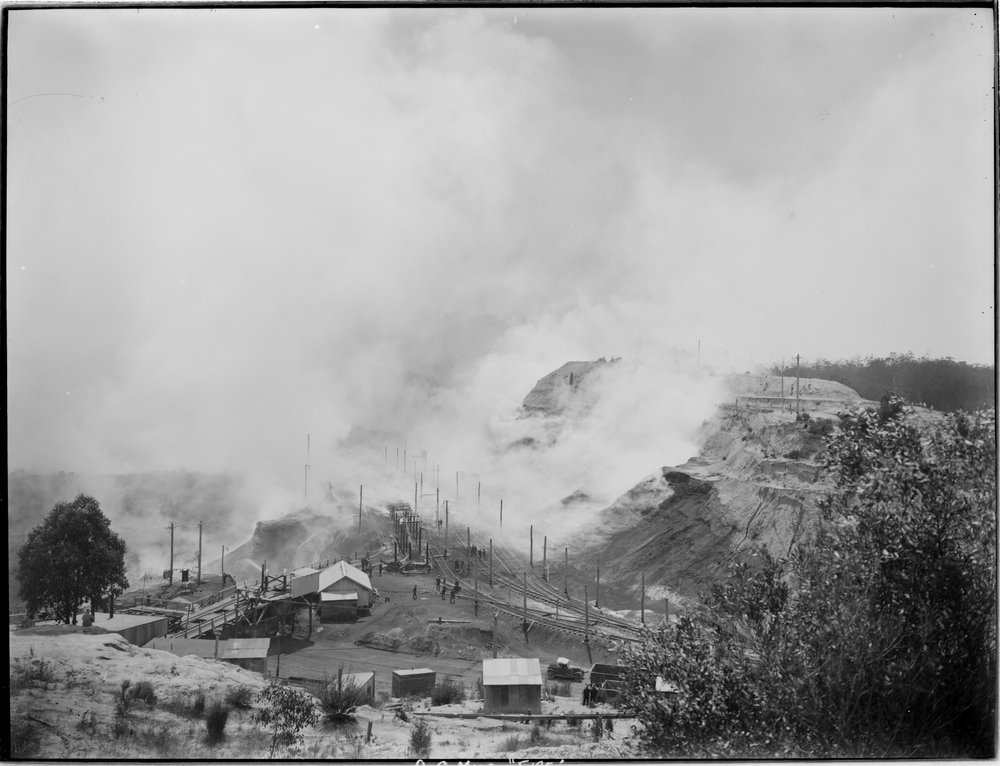 The fires were most common in the uncontrolled burning period prior to Black Friday in 1939. After the 1944 Yallourn open cut fire with the strict fire controls and vigilance adopted by the State Electricity Commission of Victoria (SECV) and the newly formed Country Fire Authority there followed fifty years almost free from fire in the open cuts. The exception was in 1977 when an immediate, rapid and energetic SECV response controlled the fire after 4 days. There were also some small spot fires during Ash Wednesday in 1983. Aside from widespread fires in 1966 and 1983 these were mild and benign bushfire years.

Since privatisation the new owners have not been so lucky. Climate change has definitely affected the valley with summer weather patterns this century being generally warmer, longer and dryer. We have had extremely large fires (1 in 100 year) burning in Gippsland in 2003 and 2006-7 with a fire in the Hazelwood open cut occurring during the latter event in 2006. In 2009 during Black Saturday Loy Yang Power Station was threatened but it is not clear whether there were any spot fires in the open cut. Finally we have the disastrous Hazelwood fire and much smaller spot fires in the Yallourn open cut in February March of 2014. As the hashtag goes it is certainly time to act on climate.

Climate change predictions makes the future of all the open cut mines precarious. Aside from the fact that they are Australia’s most carbon intensive mines and should therefore be the first to close to meet our carbon reduction responsibilities the threat of fires remains ominous. If the status quo prevails we are likely to see events similar to Hazelwood in 2014 repeated on a regular basis, perhaps even every five to ten years with fire seasons gradually becoming worse – longer, more frequent and severe.

In news just to hand the Minister for Resources Lily D’Ambrosio  announced that the “Latrobe Valley will be better protected from the risk of coal mine fires, with the Andrews Labor Government establishing a dedicated fire safety team in the area.” She said the “positions for six mine fire safety experts will be advertised tomorrow, with most of the roles to be based in the Latrobe Valley region.” This is a very small step in the right direction – in reality a token change. It clearly shows that at least some in our State government do not understand how severe the threat of climate change is or the role that our brown coal generators play in it.